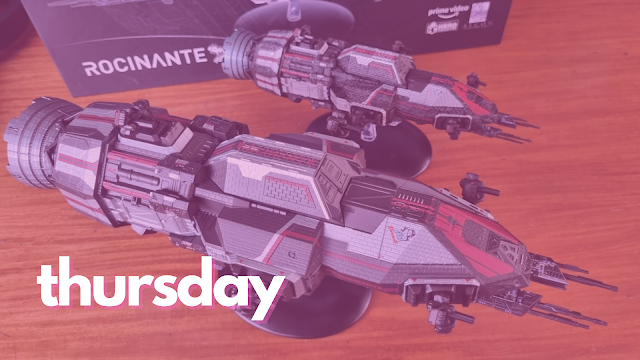 More often than not, there seems to be a sort of magic that happens between Wednesday and Thursday. On Wednesdays, I'm often very stressed and I feel like I've barely gotten through yet another marathon day of meetings and tasks. And then Thursdays feel a LOT better even though there's still a lot of work and a number of meetings as well. But given my generally traditional workweek, it feels like there's a world of difference between the two days.

Thankfully, today was a good example of a happier (yet still very busy) Thursday. My Wednesday started and ended with rather stressful work things. But Thursday felt a lot lighter, even though I still had to deal with a lot of things on my plate. And I suppose I'm grateful for all this even though this relief is relatively temporary as the cycle will repeat come next week because of course it will.

I've reached a point in my digital ads life where setting up ads has become a little meditative. It can feel like rather repetitive work at times in terms of the general shape of things. But it's also very detailed and it needs a lot of focus, and I think I've come up with more mechanisms to automate what I can while designing other methods of checks and balances for myself to make sure I minimize the risk of mistakes. Ads are exciting because the results can directly impact a client's business. But they're also very scary because money is on the line and the different digital advertising systems are more than happy to capitalize on any mistakes you make by gobbling up your money quite quickly.