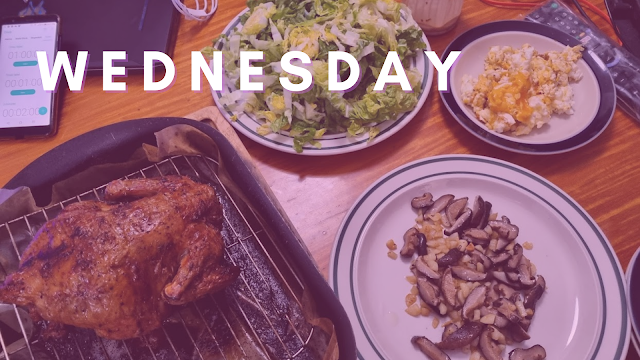 Metro Manila Community Quarantine - Day 725
In line with yesterday's post, still seem to be struggling with time for the thing we want to do versus what needs to get done. This has become the year when I find myself parking work for myself after dinner just to cover lost ground before the next workday. Not ideal and I hope it's not going to be the pattern for the rest of the year, but it's just stuff that needs doing. And we're definitely working pretty late tonight.
In lighter news, my new (replacement) Fitbit Sense arrived 2 days earlier than expected, which was a most pleasant surprise. Admittedly, I had been rather stressing out over the fact that my older Fitbit Inspire HR's screen was slowly fading entirely to black (which is why I had gotten a new Fitbit in December, to begin with) and I wasn't sure if I'd make it to the end of the week. To be fair, it still tracks steps, heart rate, and other activities, but I'd just lose the ability to interact with it for things like triggering active exercise tracking and the like. The new device came in just in time to alleviate my internal stress and give me something to look forward to.
I got it set up pretty easily and the transition from one Fitbit to another was pretty seamless. At this point, I've had a fair amount of practice in this area, so I know which pitfalls to avoid. I'm still getting used to how things are organized in this device - it has a lot more features, but it also means re-learning shortcuts and such in order to get what I want quickly.
But the real gem is that someone (TigerPointe) had designed a Star Trek-inspired LCARS clockface for the Fitbit Sense that is beautifully done. It's ultra nerdy and may not be the most efficient when it comes to displaying stats, but it still shows me all my numbers in one glance, so that's good enough for me.
Two more workdays for the week, and then we'll get to take it easy.
gym life health inner ramblings sietch life Star Trek technology work