02AD4: Two Years of Working Out 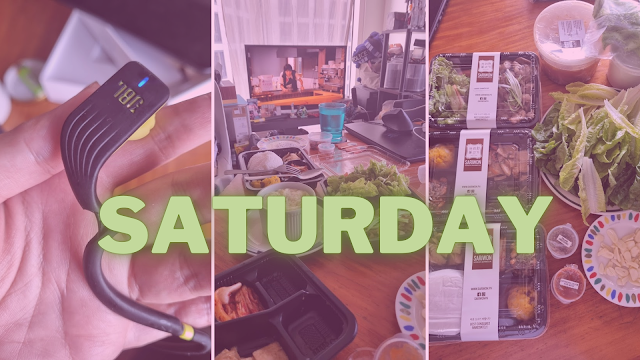 Metro Manila Community Quarantine - Day 700
My JBL Endurance Jump headphones broke in the middle of my chest-to-floor burpee set. I didn't actually realize this until after the yoga flow I had done subsequent to today's circuit training, but it does explain why I could feel it falling off between burpees. I ended up doing 2 or so fewer burpees than normal because of the need to adjust my headphones mid-set. But since I kept them on until after I had finished ALL of my workout plans for the day, the diagnosis came late.
I seem to be burning through these a lot faster than I'd like. I got this pair last April because the prior one had stopped charging for some reason. But such is the way of these things given pretty much daily use. Plus I figured this may happen given my head has a rather large circumference and it always felt like they were barely holding on for dear life during my workouts. It's why I had to upgrade from the JBL Endurance Run model to the Jump version since the design of the Run headphones just did not stay in my ears during more active cardio workouts.
That said, I'm still a little frustrated that I've been closer to 80kg as of late versus being closer to 75kg for a better part of last year. The combination of needing to be more careful with my workouts after a few injuries combined with the decision to start on more weight training as opposed to mostly cardio and bodyweight exercises probably play a factor in all this.
I do appreciate that my body has been generally shifting things around into a more aesthetically pleasing proportion of fat and muscle, but I also wish that my overall weight numbers would finally cross into "normal" BMI range for my height. That's still the overall goal, but I can't deny that I've been enjoying working with resistance bands and weights for more variety to my workouts and very different results.
I could incorporate more of the bodyweight stuff again since they're all just there in the Nike Training Club app. It's probably just as well that I started to explore other workout routines on YouTube and even within the Fitbit app since NTC removed its super convenient plan feature for some reason, so the ability to just follow a prepared set of workouts has been lost to me unless I go for another all like Freeletics or something.
And I could probably benefit from jogging more. Still not quite sure how to fit that into our routine, but there is something to be said about the calming effects of regular jogging outdoors.
My fitness efforts remain to be a journey that I'm happy to continue on with. I could probably get faster results if I were diligent about monitoring the quantities of what I eat and even just making sure I get more sleep on a regular schedule. But I recognize the compromises I make in order to still live a generally happy life despite things like near-daily workouts and adherence to a keto diet.
gym life health sietch life technology