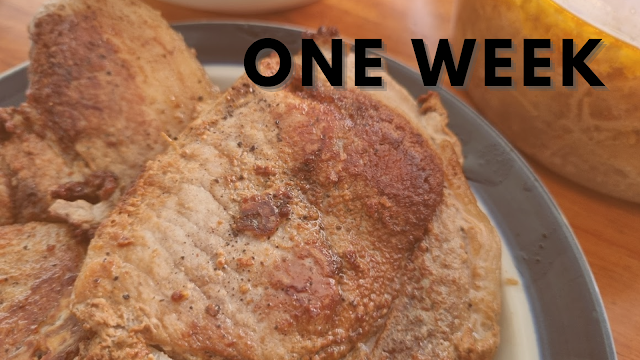 Metro Manila Community Quarantine - Day 665
It has been a week since Tobie and I had joined some good friends at O Bar to welcome the new year properly - or at least how we would normally prefer to do so. I don't need special fireworks or even a fancy hotel stay outside the city - I just want to be able to go to O Bar. And so we did, and we had a great time, although I was a little nervous about the whole thing as the COVID-19 case numbers had just started to go up.
Since then, we had received news that a number of people that we had encountered that night had eventually tested positive for COVID-19, which means we're at a much higher risk of having been infected - at least more than normal given our other activities outside the Sietch. And so Tobie and I have gone into isolation since the news broke and it has been a rather stressful period.
To be proper, we'll need to remain in isolation for at least another week so that'll count as 2 full weeks since our potential exposure. It's not like we have anywhere to go - we are under Alert Level 3 again until at least January 15. So our isolation period pretty much matches the current level of quarantine, so I guess that works out for the most part. But it's still stressful to think about it.
My concerns about all this reached the point of being willing to circumvent our "official" rules on testing and secured antigen test kits for personal use. And I know - we're in a country where home testing hasn't been endorsed by authorities and yet people are selling them left and right. Tobie and I have been indirectly following what countries like Singapore do for people under quarantine - regular antigen tests throughout the quarantine period to check if things change during the known "milestones" of the disease.
Tobie and I have taken two tests so far and thankfully both have come back negative. And yes, we're aware that a negative antigen test doesn't completely rule out the possibility of being infected, but at the very least the full 2 weeks of self-isolation should cover that side to things.
But fingers crossed and all. These are still pretty troubling times. And we might be able to get past this particular brush with exposure. But it doesn't mean we'll always be able to get past every single risk out there - whether it involves going to places like O Bar or just stepping down to receive a package from a delivery person. We're not trying to get to zero cases - that really feels like an impossibility at this point. What we're realistically aiming for is for the disease to become endemic in our lives - just like the common cold and how flu season comes and goes almost on a schedule every year.
Hopefully it happens a little sooner than current projections.
health inner ramblings QuaranGeeking sietch life stop the presses Tobie