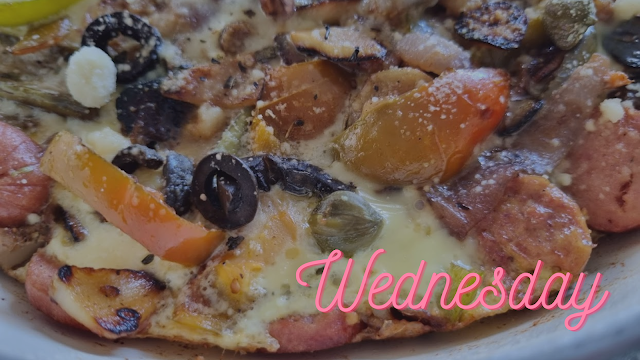 Metro Manila Community Quarantine - Day 634
It's the middle of the week! Cue relevant work-related celebrations. And while the Feast of the Immaculate Conception is still recognized as a Philippine holiday for some reason, I still had work while Tobie got to sleep in a bit. And he totally deserved the extra rest, so good for him.
My workday was pretty busy, actually. Apart from planning for several initiatives and reports that needed to get updated, I also sat in two interviews, which is always an interesting experience. As much as I could let others drive these things more, I honestly do like to have at least some time with any candidate before we make a final decision. I can honestly say that I've been a part of the selection of every local employee of the company and I know I'm stubbornly going to try to keep up this practice for as long as I am able.
While it's not my story to tell, I am oddly amused that Tobie still can't get the iPad he wants. After very careful consideration, he finally got to finalizing his choice for replacing his aging iPad Air 2, but he has now made two attempts to purchase it, and both times the particular version he wants has been out of stock. Isn't that super annoying? I hate it when you're already to buy the thing and it turns out the thing you want to buy is not available for one reason or another. Hopefully, the third time will be the charm for him - I really do want him to upgrade his tablet given how it's almost as integral to his daily routine as my Kindle is.
We've mapped out O Bar plans for Friday, which is certainly something to look forward to. Before we'd be able to decide to go to O Bar on the spot and just need to confirm a table. But given all the pandemic restrictions in place, even a "last-minute" decision to go requires us reserving a table about a week ahead. So when Tobie floated the idea of going out again this week last Monday, it was a bit of a scramble to figure out if we'd just go alone or if we'd risk inviting friends and try to fill up a table good for 4 people. That doesn't sound like a lot, but given the reality we live in, it's actually surprisingly challenging to do just this.
But we're all set, so now we just need to get through the rest of this workweek. I don't know if I would have preferred to have the Wednesday holiday as it does make for weird scheduling. A friend joked that Wednesday holidays mean you end up with a week that has two Mondays and two Fridays - and that's funny because it's rather true. So we do our best to work with what we have.
gadgetry holidays O Bar QuaranGeeking queer life sietch life Tobie work