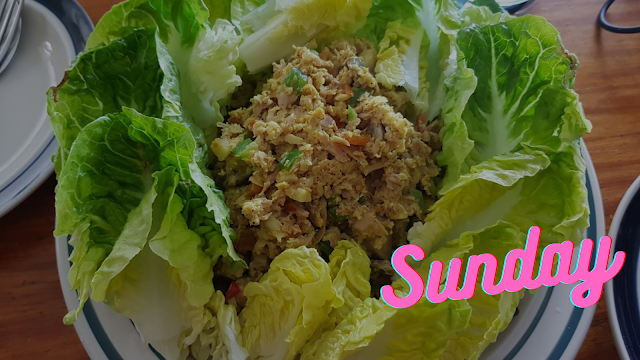 Metro Manila Community Quarantine - Day 617
Last night's game night was a lot of fun. We played a good mix of games with different winners. But beyond the games, it was just nice to hang out with friends, even if just virtually. There were a lot of crazy side comments and quirkier situations like Tobie playing at least two different games at once. I was really hoping that we would have been to game together in-person within the calendar year, but we're not quite there yet. With luck, the authorization of boosters will continue to push the safety margins within Metro Manila and of course the rest of the country. Then we'll see how things go.
Today wasn't quite as frenetic as yesterday's schedule. After staying up late playing board games online, Tobie went off to handle our weekly grocery run while I went through my workout for the day. We had a hearty lunch that was a mix of some leftovers and some eggs I whipped up on the side. And then we had our big finale session for our Ryuutama RPG campaign. This had been long overdue given different scheduling challenges in recent months, but what's important is that we did find the time and it made for a good ending for the adventure.
This weekend has been rather interesting for us on the entertainment front. Apart from our James Bond movie adventures, we made time to watch the new Tick, Tick... Boom movie adaptation by Lin-Manuel Miranda, and we totally loved it. We got started on the live-action Cowboy Bebop adaptation and we haven't quite determined if we like it or not. It's not bad, but it's not perfectly hitting the mark for us either. And just today we finished the first season of Apple TV+'s Foundation adaptation, and that was a pretty good ending for a beautifully done show. I'm not familiar enough with the source material to make a comparison, but I'll get around to it in time. Also just watched the first episode of the latest season of Star Trek: Discovery, and I'm generally happy with how things started. They're still setting up the next big bad threat, and it's hard to get back from (read: top) their last threat in the form of The Burn.
That leaves things like the ongoing Drag Race UK series to catch up on or new shows like Wheel of Time that we haven't gotten started on. We have no major urge to get started on the new season of Drag Race Canada, but it does make for decent passive watching. And there are so many other shows that have barely blipped on our radar.
But work looms ahead, so we can't stay up too late watching stuff if we want to stay responsible and all that.
gaming moving pictures QuaranGeeking sietch life tabletop gaming television Tobie