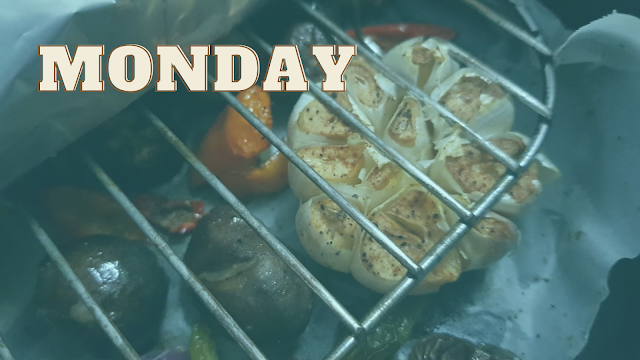 Metro Manila Community Quarantine - Day 611
Mondays are always busy days at work, what more when you're onboarding a new member of the team. I recent weeks, we've hired a few folks for different departments, which means I get looped in for the technical onboarding requirements and a lot of the HR-related stuff. Today it was a new member of my own department, as it were, so I had a lot more to do. And naturally, I'll have an above-average number of meetings this week as we work to get him up to speed and fully set up for success. So yeah, it's going to be an interesting time for sure.
The government has finally rescinded its face shield requirement except for areas under stricter forms of quarantine/lockdown, which is still a little silly but still quite an improvement. Little by little, we're going back to some truer sense of normal, and thankfully our COVID-19 case numbers have been generally maintained their moderate decline. I guess our vaccination numbers have finally reached a point where they're finally having a significant impact on the disease.
Going out is still a stressful experience and Tobie and I are still limiting the number of times we go out. But I think it's safe to say that we're finally almost at a point where we might be possibly comfortable with having a guest or two over! I know, that was a terrible sentence, but I needed to convey our desire to have friends over to play games versus our continued need to be careful. We're probably more paranoid than most, especially when we look at the different social media updates of all the different activities everyone else is engaging in. But one never be too careful while still in the middle of a global pandemic.
This isn't going to translate into big game nights just yet - that would be too stressful. But we can at least have one friend at a time over here and there and then see how things go. The bigger question is who we'd feel comfortable enough to have over and that is probably going to delay things more than anything else. Our caution/paranoia is going to win out for a significant period of time, but at least we're a bit more open to things.
Still, we're not exactly in a rush to open our doors just yet. It's really hard to figure out who we might want to have over. There are close friends we miss, but they seem to go out a LOT more than us. There are those who are probably a lot safer, but are also continuing to be safe and aren't comfortable with leaving their homes either. There are a lot of other friends who are more willing to go around, but they're hardly the kind of people we'd necessarily want to make a health exception for. So there's a lot of that back and forth for now and I guess we'll stay steady on.
health inner ramblings QuaranGeeking sietch life social networking work