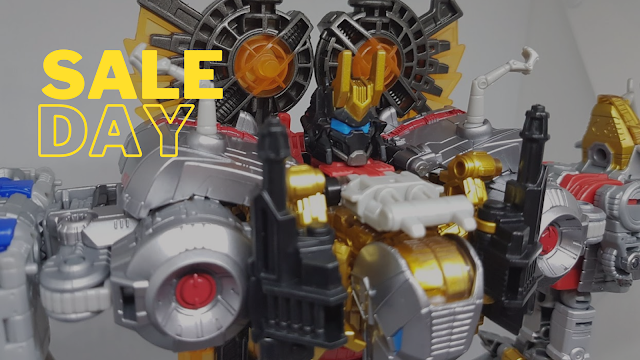 Metro Manila Community Quarantine - Day 607
If you're connected to me on social media, you may have noticed a significant uptick in my Transformers-related photo posts. These crop up every now and then when I find the time to unbox and photograph my geeky acquisitions, but I've been feeling a bit of "pressure" given it's already mid-November.
Every year, my personal goal is to unbox all Transformers-related items that I've purchased within that calendar year. This results in a lot of stress as the year draws to a close and time just gets away from me. So this week I've started adding some Transformers quality time before bed to mitigate the "queue" and avoid needing to rush come December.
And it's a pretty fun experience since I have to admit that there have been some GREAT Transformers released this year. The entire War for Cybertron line has been pretty solid and the Kingdom arc that is going to wrap up this trilogy is proving particularly fun given how it's brought a lot of classic Beast Wars characters to life anew. The next Legacy line may not be quite as cool as WFC, but it'll have its own appeal, I'm sure.
It's almost midnight and I have one other Transformers-related item on my mind. Earlier this week I added the Buzzworthy Bumblebee Worlds Collide 4-figure box set to my Lazada shopping cart on a whim. It's not a high priority figure, but I've recently gotten sucked into getting the two other WFC-related Bumblebee releases in this line and the completist in me likes to keep things tidy. But the real gem of this set isn't yet another Bumblebee - but a new Fangry retool because who doesn't want a werewolf with wings and a fuchsia outfit? It's a pricey set for figures that are generally nice but not exactly must-haves, and I figured maybe Lazada would make it worth getting. To be fair, it has been 20% off retail price all day, so that's a decent deal. But I still can't quite make up my mind.
I have about an hour to come to a final decision. I keep hoping to catch some other discount code or voucher before time runs out just to sweeten the deal - who knows, right? I could wait for it to become even cheaper in the future, but that risks not catching it in time at all. I've had that happen to a few other releases in this line and ended up paying more than I wanted. It would be nice to save this time around.
Decisions, decisions...
QuaranGeeking sietch life toys Transformers