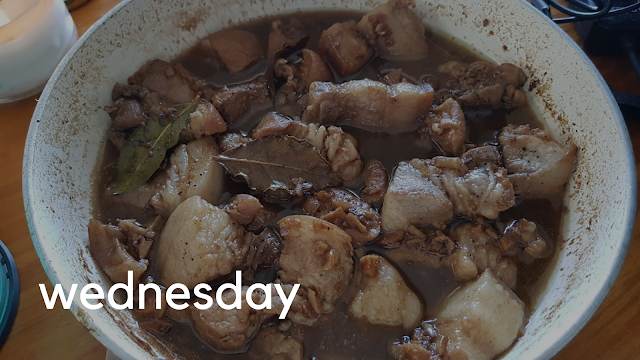 Metro Manila Community Quarantine - Day 599
Work ended on a generally positive note. The big project that has been giving me a metaphorical headache has finally reached a stable point where I'm no longer stress-panicking. I've gotten through most of my initial monthly reports and I just need to polish off a few more. And tomorrow is a holiday off of work, so client stuff settled down by the end of the day.
Tobie's leave for tomorrow was approved, so we'll get to relax tomorrow. Key objectives for the day include things like taking the time to learn the rules for recent board game acquisitions like MIND MGMT and Firefly: The Game, which have been sitting unplayed for a while now. We've been eager to try both games but we also know it'll take a bit more time to do so and that can be quite the fickle resource to wrangle. There's always something else to do and can never quite secure sufficient time. Perhaps tomorrow will be different - unless we end up sleeping in too long and losing most of the day or something.
I'm still in a post-Denis Villeneuve Dune rush of sorts. Since we watched the movie, I've re-watched the Dune TV mini-series with Tobie, started re-reading the original Dune novel on my Kindle (which means digital highlighting!), and today we loaded up the 1984 David Lynch version of Dune. I'm kinda tempted to get it as an audiobook as well, but it probably would be too crazy to listen to the audiobook while reading the novel and watching one of the live-action adaptations. But it also sounds like a suitable challenge of sorts haha
But first, we're (most likely) wrapping up our long-running Vampire: the Masquerade campaign tonight. It's our 62nd session with most of the game having been played remotely due to the pandemic. We've been building up to quite the epic ending and it seems things will come to a head tonight. I'm pretty excited for it although it's the kind of climax that will probably result in more than a few of us potentially dying - or at least no longer being undead as we're all vampires characters in this game. Big finish time!
books Dune gaming holidays inner ramblings moving pictures sietch life tabletop gaming television Tobie work