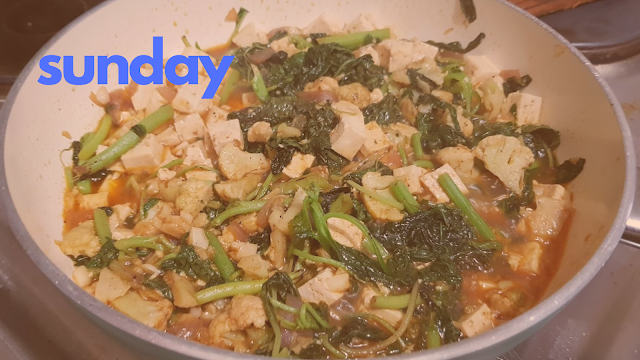 Metro Manila Community Quarantine - Day 596
Today is Halloween and apart from some horror-related tabletop RPG games, we haven't really done anything in particular. I don't think our condo arranged for any Halloween activities this year, which is understandable given the pandemic. I've seen places arrange for Halloween booths for kids to collect candy from instead of having an actual trick-or-treating event or any sort of party-style gathering.
Last year we still made time for Halloween costumes because of our respective company events and having Nico over for the weekend. But given how much has changed since then and how heavy this week ended up being, we didn't opt for that either. But we at least made time to re-watch Over the Garden Wall as a sort of Halloween tradition and I've bitten the bullet and have finally started watching The Haunting of Hill House, so minor achievement unlocked for me.
Looking at social media, some friends just dressed up at home and had online celebrations. Others did very limited meet-ups in person so that their kids could experience even just drive-by trick-or-treating. But there are still others who were able to attend relatively larger celebrations, which are surprising on a number of levels. How are people comfortable with this? How are such events, which are clearly significant social gatherings, being permitted by so many places around Metro Manila? And isn't there even an attempt to maintain health and safety standards because there are so many photos of maskless party-goers on social media this weekend.

Anyway.
Last night we at least got to try playing Tiny Epic Western after our Night's Black Agent game, so that was interesting. Today we had our big Pendragon game, which was pretty riveting with a lot of major developments during the winter celebrations. What is it about big social events in tabletop roleplaying games that make them magnets for trouble? This was most obvious with games like Houses of the Blooded, but it's generally true across most games.
Going to end the night with Knives Out because...why not? It's one of the best movies I've ever seen and it always deserves a re-watch.
gaming holidays inner ramblings moving pictures QuaranGeeking sietch life social networking tabletop gaming television