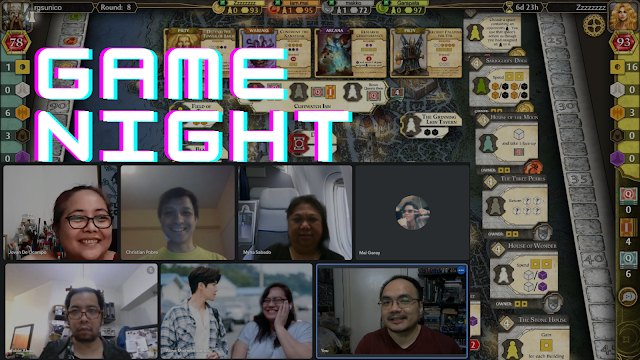 Metro Manila Community Quarantine - Day 574
Headlines that stood out to me today:
On Saturdays, I take advantage of the weekend to invest more time into working out. As of late, that has translated into a 38-minute weights-based workout that is supposed to be a full-body thing. It certainly takes a lot of work even with just my approximately 5kg dumbbells. It's tempting to try to move up to a higher weight level already, but my reverse curls say otherwise. Then I go through the longer restorative yoga flow, so all in all it's about 90 minutes to go through both activities including time to set up equipment and pace between the two routines. It's a lot, but I'd like to think it'll lead to good things in the future.
On weekdays I tend to be a lot more pressed for time so I have to limit myself to roughly 30-minute workouts. I have tried occasionally squeezing in extra yoga at the end of the day, but it still feels so weird to me to work out at that time. I always feel heavier versus the morning and my balance during yoga feels very off. Thus I save it for bad days when I wake up too late to work out or early meetings limit my options.
In other news, today is our monthly FGTC board game night, albeit an online one. We still experience challenges with the networking aspects of some of the games, but on the whole, we're still able to play through sheer determination. Our experiment with Tabletop Simulator a few months ago was an interesting option. however, we also determined that not everyone in the group can effectively handle the system requirements of the platform. Since then we've mainly gone back to the official apps since they tend to be more stable - except you, Wingspan.
We also got to field test the multiplayer capabilities of the new Concordia Digital Edition, and that worked out decently enough. It's still a largely new game so bugs are to be expected, but at the very least we were able to play a full game, so credit to them for making the transition to digital. They still have quite a ways to go.
We'll be playing until late, which is just as well since we don't have anything officially scheduled tomorrow. Hope everyone is having a good weekend as well.
gaming gym life health sietch life stop the presses tabletop gaming