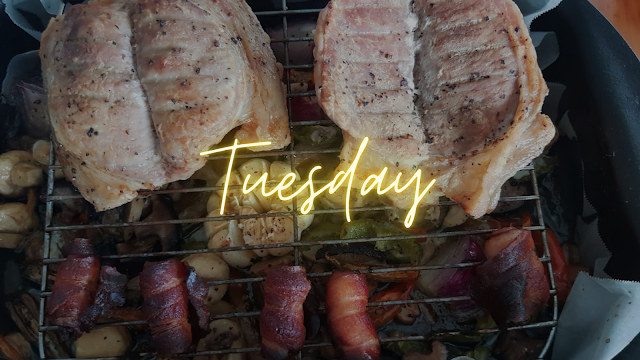 So the entire Facebook ecosystem went offline last night, just as I was sharing yesterday's blog post. It's easy to dismiss it as a mere inconvenience since social platforms like Facebook and Instagram are hardly essential services. But when you factor in the downtime also took out widely-used messaging services WhatsApp and Facebook Messenger, well, that's a different story. I went to bed dreading the possibility that service may not be restored in time for work, but thankfully that wasn't the case for us. I commiserate with everyone who actually had to work through that outage - Facebook and its family of services occupy a very large space in our digital lives, both personal and professional.

I spent a part of my morning reminding folks at work that we at least have Google Chat as a mobile messaging alternative. The bigger challenge would have been client communications since a LOT of coordination takes place on WhatsApp more than email these days. A lot of our community management processes rely heavily on WhatsApp updates, especially for more urgent cases.

In other disappointing news, more and more of the same political annoyances have formally filed their certificates of candidacy for the coming elections. But today also marks Bongbong Marcos, son of infamous dictator Ferdinand Marcos, confirming his intention to run for presidency under the Partido Federal ng Pilipinas. We all sort of expected that he was going to run, but today makes it a lot more real and it'll be truly official once he files his certificate of candidacy.

Meanwhile, other people around Vice President Leni Robredo have confirmed that she'll run for president, but Leni herself has not said anything specific. Today her office finally released an announcement that she's (finally?) going to say something "important on Thursday This will-she-or-won't-she back and forth is getting pretty old and I wish she'd just give us a firm answer so we can try to map things out. Admittedly, the current pool of candidates seems pretty shitty indeed. It's the sort of line-up that reminds me why I have often given in to cynicism and not bothered to vote because I hate everyone running for office. But this coming national election needs to be different. Even if I end up voting "abstain" for most positions, there will inevitably be people important enough to vote for.

Sigh. What a life indeed.