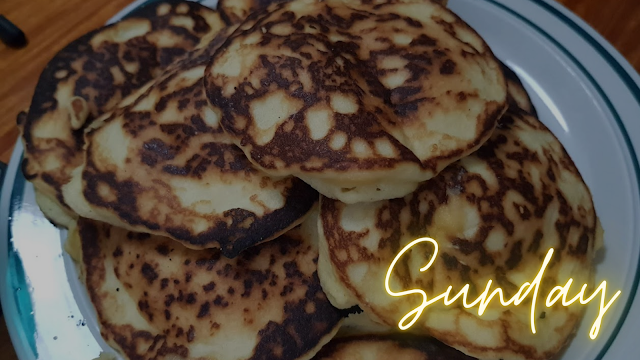 It has been a pretty chill Sunday and in a perfect echo of this, we finished the last few episodes of the Japanese series What Did You Eat Yesterday? - you know, the show I've been gushing over across recent blog posts. Many years ago someone once compared me and Tobie to Mitchell and Cam from Modern Family, and that comparison always felt a little weird to us. After so many other LGBT characters on TV, I now know that should anyone want to compare us to fictional characters, it needs to be the protagonists of this show - Shiro (played by Hidetoshi Nishijima) and Kenji (played by Seiyô Uchino). Sure, no fictional character will ever perfectly capture our unique geekiness, but they do have a lot of traits that we can relate to, and on the whole, they're a lot more down-to-earth as such characters go, and that makes them infinitely more relatable.

It's always bittersweet when we come to the end of shows like this and as best as I can determine, this is strictly a TV mini-series and no additional seasons are forthcoming despite the ongoing manga series. But at least it's a generally complete story with a lot of growth for our characters. And it certainly made for feel-good kawaii viewing for us this week. I think we're going to explore other Japanese series on Netflix hoping for a similar vibe (albeit I can't find others with an LGBT focus). We were already big fans of Midnight Diner (which I totally want to re-watch now) and there's something about the more subdued but still impactful storytelling approach they tend to follow.

Our weekend has been of a similar general tone. After yesterday's Night's Black Agents online RPG session, we stayed up a bit to watch a few episodes of the new The Lost Symbol series, then followed that up with a few board games. We finally tried playing our copy of Carcassonne Amazonas (which Tobie had actually gotten as a bonus game as part of a secondhand game deal) and it turned out to be quite charming. We also tried another Undo escape room game, this being Forbidden Knowledge, and that was a sadly painful experience. We haven't had great experiences with that particular line of puzzle games and I doubt we'll continue to invest time in it.

After this morning's workout, I joined Tobie for this week's grocery run, mainly so that I could process the upgrade of our SM Advantage Card from standard to Prestige. I had received the SMS about it earlier in the week, which was rather surprising since we mainly just use the card for grocery shopping and the occasional (but these days less frequent) gassing up for the car. The clerk who processed the change had all these reminders about needing to maintain a certain spending level, but I was rather meh about it. I just want Tobie to have the benefit of parking in the Prestige area so he has an easier time when we go out. The Prestige lane at the supermarket doesn't feel particularly useful based on casual observation, but we'll see how things go from there.

We got home with lunch and groceries in tow just in time for a video call with the family for my nephew Mason's birthday celebration. He turned 3 today and still doesn't quite grasp what a birthday party is all about. However, he at least understood how birthday candles work and he sorta blew them out in his funny blowing-through-his-teeth way. We even played a round of You Don't Know Jack because even an online birthday party deserves a game of some sort.

The rest of the day has been light between watching TV, baking my weekly batch of keto pandesal, and trying some keto pancakes for a breakfast-as-dinner wrap-up. I think we have time for another board game or two before bed and maybe some Transformers unboxing if I can get around to it. Work looms ahead.