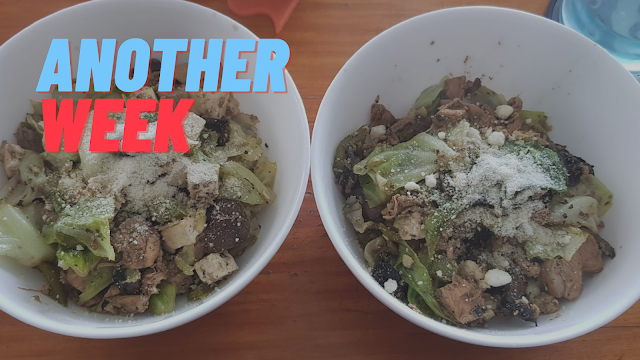 Metro Manila Community Quarantine - Day 548
I started the day with a slightly more intense resistance band workout while maintaining the medium red band. I appreciate how this is still similar to the sort of circuit training I was doing by following the Nike Training Club app, but with the added difficulty of the band. And maybe this is precisely the sort of level up I needed to push my workouts further and hopefully shake me out of the weight plateau I've been stuck at for some time. I just have to be careful not to overdo things. My eagerness has gotten the better of me throughout this workout journey more than a few times.
We've publically announced my one-shot session for The Expanse RPG this Saturday. There hasn't exactly been an overwhelming response, but I already have some player options, so the game will push through one way or another. I'm definitely feeling that good mix of both excitement and worried nervousness. But re-watching the show has certainly helped along with playing the official board game as well. They're all getting me in the right mindset to appreciate what this game could be like and all that jazz.
I've also gone over the rules a few more times to make sure I have a good grasp of the system's fundamentals. I even tried to listen to an actual play video of a similar scenario as to what I plan to run and that drove me to check on a few more rules to understand what was going on. I think I still need to study space combat a bit more just to make sure I fully understand things, but this is all just last-minute polish.
I know I'll be okay, but I also want this session to go really well. And who knows, this may lead to me actually running a proper campaign and not just a one-shot. I know I just need to clock more hours as a GM to help shake off the jitters more and reinforce it with the confidence and reassurance that only comes with practice and familiarity.
books gaming gym life health QuaranGeeking sietch life tabletop gaming television