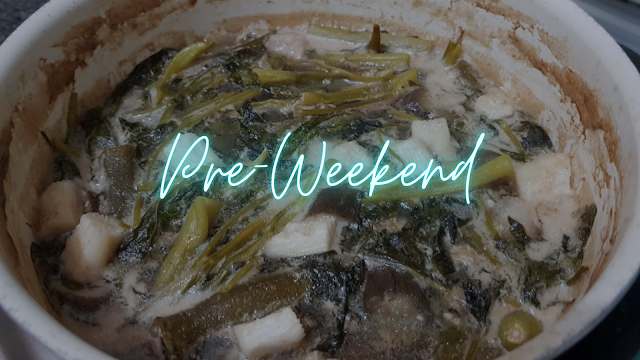 Metro Manila Community Quarantine - Day 545
We've come to the end of another busy week and while recording this week's Baduy Pride episode that I thought about the possibility that every week feels so busy is that we have no real avenues for escape from our current reality. We all have full workdays but in the end, we're still at home. We haven't been able to escape for a late-night movie premiere at a cinema in over a year. We haven't had the opportunity to de-stress with a late-night drinking session whether at a corner bar or at places like O Bar. This has been a year and a half of just work and quarantine stress.
That's a LOT for anyone to handle. So good job to everyone for just getting through day after day after day. But again, maybe things aren't as bad as they seem to be - it's more likely we're all just dealing with a heck of a lot more than we used to. And there's no immediate end to the current crisis in the foreseeable near future. That's quite the bitter pill to swallow.
I don't know what else to say at this point. I just wanted to get that thought written down because...it feels like an important reminder. It may not have a heck of a lot of impact right now, but maybe it'll come in handy later on. Or maybe it's not so impactful for me, but perhaps it'll have a bigger impact on someone else reading this entry sometime in the future.
Who knows, right?
inner ramblings QuaranGeeking sietch life