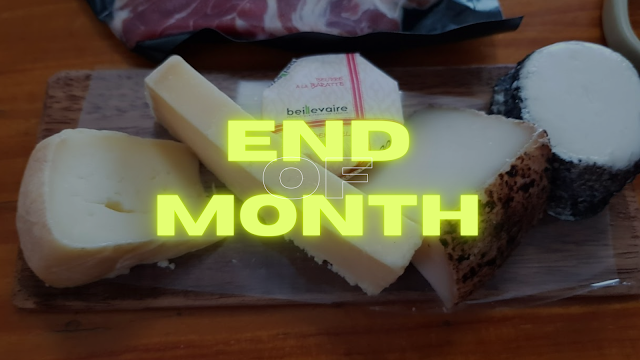 Metro Manila Community Quarantine - Day 535
The first day back at work after a long weekend is always a busy one. The first day back after a long weekend where everyone else still worked on Monday neds up being even busier than that. I got through things okay and managed to clear most items from my plate, but it does feel like I still had to catch up a bit.
August is coming to an end. It's September in just a bit. The "Ber" months herald the coming of the Christmas season in the Philippines, as silly as that sounds. But it's also a reminder that we're fast approaching the end of the year - and we're clearly going to end this year while still stuck in quarantine. Good grief. It hurts my head to think about this seemingly inevitable looming reality.
Finally getting started on Schmigadoon! and I'm already loving the vibe of the show. Sure, I can be a rather easy sell when it comes to TV shows that involve musicals. But there's something else entirely about this show that's just...magical. Or maybe it's the inherent whimsy of things? It's not even the star power gathered for this show. It definitely fits the need for feel-good fare for this pandemic.
all the world's a stage holidays inner ramblings television work