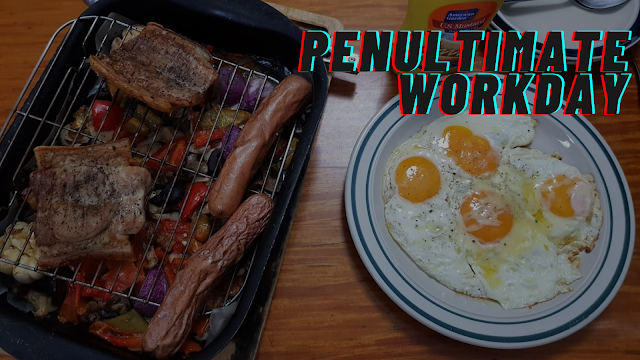 Metro Manila Community Quarantine - Day 523
I'm really tired of the joke that goes "What does <insert new quarantine level> mean again?" For some, it's not a joke since the different quarantine categories are quite confusing and they've moved the goalposts more than once. The joke is old and tired by now but this government continues to give it legs to stand on because the handling of this pandemic is just so stupid.
Our current status in Metro Manila of ECQ, the most severe of all the quarantine levels, is scheduled to end after tomorrow. And of course, our government opted to wait until practically the last minute before announcing what's going to happen next. And surprise! It's more bullshit.
Yeah, that doesn't surprise anyone.
So Metro Manila is "relaxing" to MECQ starting 21 August until the end of the month because we have no real foresight for these things. But this still means that there will be no dine-in options available nor personal care services.  No religious gatherings will be allowed, which is prudent, really. It's only relaxed in the sense that the government doesn't need to give cash aid or whatever ayuda they can pull together, which they would have been obliged to do had ECQ been extended.
Honestly, the number of cases indicates that we really shouldn't be letting our guard down just yet, especially in hotbed areas like Metro Manila. And you can tell that the IATF is still aware of this reality since it's a weird MECQ that still feels practically as strict as full ECQ. Then they went full chickenshit by resorting to a "secret ballot" to come to a decision of what to recommend to the president just feels like so much bullshit. Maybe those memes depicting the president spinning a wheel to determine what quarantine level is to come next may be more true than we would like.
I'm just tired. And frustrated. And missing friends. And missing family. And angry. And exhausted.
inner ramblings QuaranGeeking stop the presses