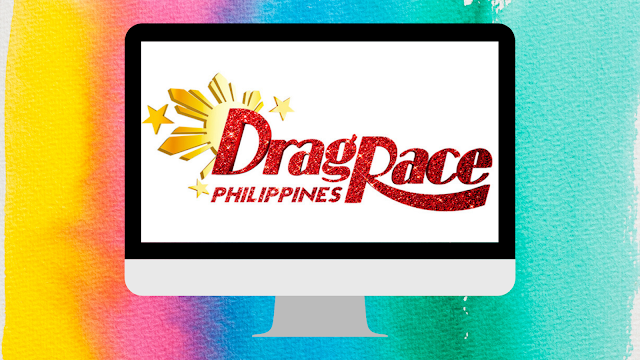 Metro Manila Community Quarantine - Day 522
So this week Manila Luzon's Drag Den PH formally released their casting requirements for their competition. The next day World of Wonder formally announced their casting call for Drag Race Philippines, a long-awaited Philippine edition of the popular reality drag competition franchise.
I've already started a Twitter thread of some of my thoughts on these shows and what they could represent for the local drag community. But I figure that I might as well organize things into a blog post here.
Pass on the Drama - I know "drama" is a staple of reality television, especially in the US, but I've never been a fan of it. I don't watch shows like Drag Race specifically to hope for fights and things like that. And more so now that these shows will feature people that we actually know - I don't want contrived artificial storylines pitting them against one another. I am already sick of people pitting the two drag competition shows against one another before either of them even airs. Fuck your drama, kids. Don't hurt our girls for your enjoyment. Support both shows if you really love drag.
Inevitable Host Disappointment - I think I'm at the point that I doubt any major local personalities will make for a good host of the show. For ratings and crowd pull, they're probably going to go with a bigger celebrity name like Vice Ganda or Paolo Ballesteros, but SERIOUSLY? What have they done for the drag community? Just because Vice dresses like a woman doesn't make her a drag queen. It would be GREAT if they get a notable drag queen from the local community BUT...I also know that the few "big" ones aren't exactly well-known outside the community. The queens who are pretty popular because of recent television appearances or social media will probably want to join the competition.
Terrible Timing - This feels like the WORST time for these competition shows to be here. We've been in quarantine for over a year and the bars - the primary source of income for most drag queens - have been closed this entire time. Many of them have barely been getting by through social media live shows on Facebook, Instagram, and Kumu. And people now expect them to pony up the cash to prepare the many looks needed for a full season of a reality competition show? Those who will get to join will probably have to dip deep into whatever resources they might have even if just for a shot at television greatness. And more than a few will likely come out of the experience deep in debt.
Ideas Abound - Everyone is throwing out different ideas for runway themes or challenges on social media and a lot of them are...quaint? This also shows that the only know drag through shows like RuPaul's Drag Race and have no idea what our local drag scene is like. I hope at least one of these shows manages to really capture part of the nuances of what makes our drag scene so special. It's not enough to just adopt the US format wholesale. But don't get me wrong - there are some pretty clever ideas out there. It's just a question of execution and whether the host/s and/or judges can help sell things.
Open Mind - For now I'm trying to keep an open mind. I'm not going to pressure any of the drag queens that we love to join - I know they're feeling enough pressure as it is. Whether they join or they don't, we're going to continue to support them and hope that they prosper regardless of their decisions. I'm going to do my best to promote all of them on social media to further build their personal brands and just share the artistry of what they do. We'll try to watch both shows on whichever platform makes it legal to watch them in this country. And hopefully, we'll be pleasantly surprised by the outcome of both efforts. Heck, we supported LOL Drag Queendom for what it was for similar reasons - because we love the girls and we know that things have been especially hard for the entertainment industry.
inner ramblings QuaranGeeking queer life television