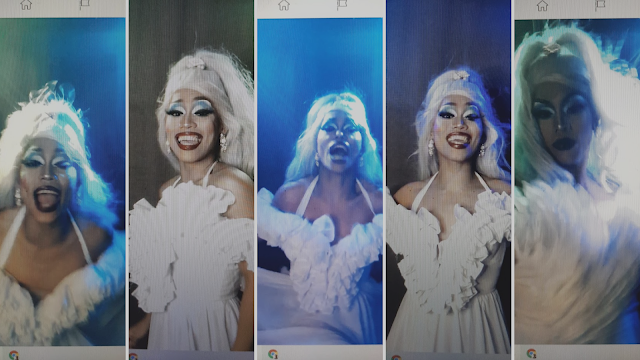 Metro Manila Community Quarantine - Day 521
Today the SD card in my phone just borked and died. Not sure what happened, but I guess I should have realized something was up sooner.
While watching two different drag shows last Sunday. I tried to take photos of the performances like I would when we could still go out to spaces like O Bar. It's always tricky to catch a drag queen in motion, and yet I still defer to repeatedly clicking the shutter versus just holding down and taking burst shots. But after taking a few shots my camera would become non-responsive and the preview of my last photo taken would be black. I didn't think it was a memory card problem at the time, but in hindsight it makes sense given my camera saves images directly to the SD card.
And today it just died. I got prompted that my phone was having trouble accessing it. Then it said there was no SD card inserted. Then it said it was corrupted and needed to be reformated in order to become usable.
Thankfully, I have Google Photos enabled, so things get backed up regularly. The extent of the photos I lost this morning were just a few WhatsApp stuff from work and my post-workout selfie. It is more annoying that a lot of my media-based entertainment relies on the SD card, so I lost all the digital comics and audiobooks that I had loaded on my phone and I'll need to re-download them later on.
For now, Tobie lent me his SD card since he doesn't really need it. I've already ordered a replacement SD card and I'll switch over once that's here. For now, I've synced my active audiobook and a few comics I plan to read in the next few days, which should be long enough until my replacement card gets here. Fun times.
picture picture sietch life technology