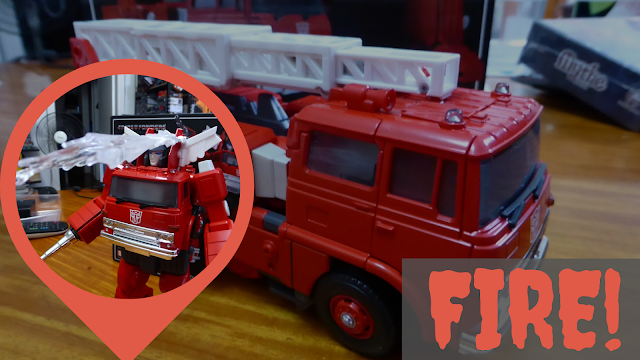 Metro Manila Community Quarantine - Day 515
So there was a fire earlier tonight - heck, an outright gas explosion at a nearby construction site. There's at least one person seriously injured, and I suspect he was the safety officer who went to investigate the possibility of having hit a gas line or something. How near? Like within a block of our condo near. Close enough for our windows to rattle when it first blew and for the sky outside our window to flash orange sort of near. Near enough that the explosion area is along my route to the gym or to SM Aura should I decide to hoof it sort of near. I had just passed by there on Monday when I had to run an errand kind of near.
Yeah, that's pretty near.
It made for a very tense evening, but thankfully the fire seems to have been limited to the construction site, for the most part. It shares a block with two other office buildings and doesn't seem like there were immediately affected, but I guess we'll find out in the morning. Now things are all quiet and it's like nothing happened, which in itself feels weird.
Given how busy today had been at work, this is not how I expected our night resolve. I thought we were going to have time for a board game or two. But instead, we lost time due to worrying over the fire and trying to observe the evolving situation from our window and even watch the Facebook live feeds of a few volunteer firefighters.
I was surprised at (1) how quickly the firetrucks arrived and (2) the sheer number of emergency response vehicles that arrived. Sure, it's ECQ so that means a lot fewer vehicles on the road. Then again, I guess it could be argued that this is BGC after all and that does get a lot of people running to the scene to see if there are *opportunities* at the scene.
I'm just glad it's over and that the fire didn't spread to the residential condos all around the site. I hope there weren't other injuries and I hope that the reported case doesn't succumb to his burns.
We're already dealing with a global pandemic. We don't need shit like this.
sietch life stop the presses