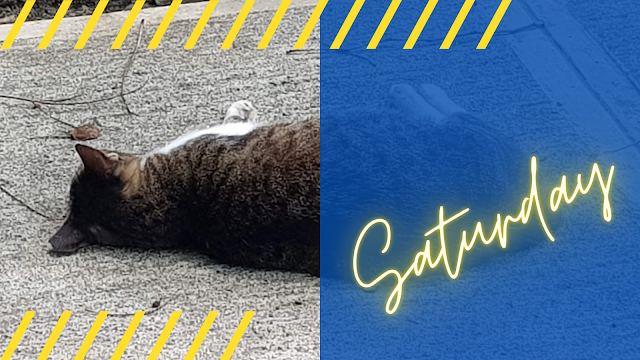 Metro Manila Community Quarantine - Day 490
After last night's lengthy Baduy Pride episode about romcoms, we got to watch Gunpowder Milkshake. We didn't expect it to be anything overwhelmingly brilliant, and in the end, it made for a pretty decent popcorn movie. It certainly had some very well-choreographed fight scenes that gave the movie a lot of great energy. But the story was a little flat and at times shallow in how it was constructed, which made the whole thing less than what it could have been.
Today we watched The Hitman's Wife's Bodyguard as similarly low-brow entertainment. The first movie had felt rather stupid but it was okay. This one was in the same neighborhood, but it got a few laughs out of us for key scenes. Definitely disappointed by their "big" reveal of the ultimate bodyguard in the world, but I guess they weren't able to get the actor we had in mind for that cameo.
Earlier in the week, we had watched Resident Evil: Infinite Darkness. I think we enjoyed it a lot more than we thought we would. We enjoyed it enough to want to eventually explore the other animated Resident Evil movies, which apparently were all Japan-only releases. Bugger that subtitled content does not make for easy multi-tasking viewing.
Before that we had watched Why Did You Kill Me?, another true-crime documentary on Netflix. That was rather flat and not at all as interesting as some of the other ones we've seen on the platform. Meh.
The Black Widow movie was surprisingly decent, but mainly because of the spy stuff and the good fight sequences. The Tomorrow War was painful to watch as the premise was quite ridiculous and stupid.
We still haven't seen Cruella and I do hope to make time to watch No Sudden Move just out of curiosity. We've yet to watch the awards-related stuff like Sound of Metal, Minari, and Nomadland,  but we'll get there in time.
But for now, we're going to play some board games after finishing another episode of His Dark Materials. As much as there are a lot of things that we want to watch, weekends are best spent with games since we don't always have time for them during the week.
gaming moving pictures QuaranGeeking sietch life tabletop gaming television