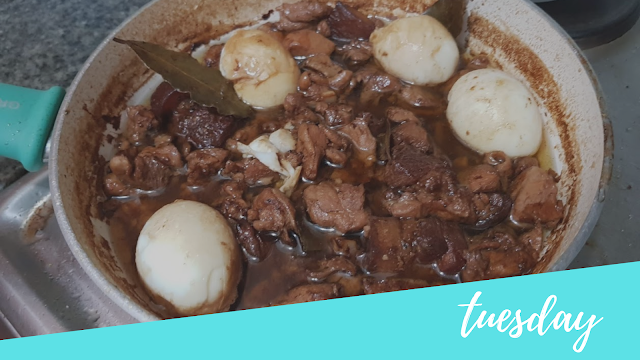 Metro Manila Community Quarantine - Day 486
It was a bit of a struggle to get through my workout today. Sure it was rated as a high-intensity one by the app, but it was also just 30 minutes, and I had only done a lengthy strength yoga flow the day before. I figured I still had enough in me to push for the harder workout today then tomorrow I'll take it a little easier and maybe just do yoga or maybe walk/job and then yoga.
I figure it's my body also recovering from the weight training I did over the weekend. I've been working out steadily for several days now and I really should factor in more recovery time. The yoga flow I did on Monday was sort of along those lines, but it was also a strength-focused workout that still takes a lot out of you. But it's really hard for me to slow down since a day with zero additional activity means a day I'm going to be even heavier on the weighing scale. And I've already gone back to the 76kg area instead of the 74kg point I was at earlier in the year, so the pressure remains.
But I know that I need to give my body enough time to rest and recover between workouts. I just need to find a way to accept that fully without going bonkers. My workouts have very much become an important part of my daily routine and skipping would feel even weirder than trying to push through the tired heavy feeling I get when my body's still sore from the day before.
Quite the circular blog discussion, I know. But just wanted to share what I've been juggling in my head. By the time I post on social media what workout I'm going to do for the morning, I've been through a version of this same conversation many, many times internally. Posting about it on social is a contract that sort of locks me in and forces me to live up to the expectation I've set for everyone. And while I appreciate those who say they admire me for my workout diligence and dedication, in truth, it's a struggle I battle every single day until I finally get dressed for the actual workout and get things rolling.
Slowly but surely. Upwards and onwards. One step at a time.
gym life health inner ramblings QuaranGeeking sietch life