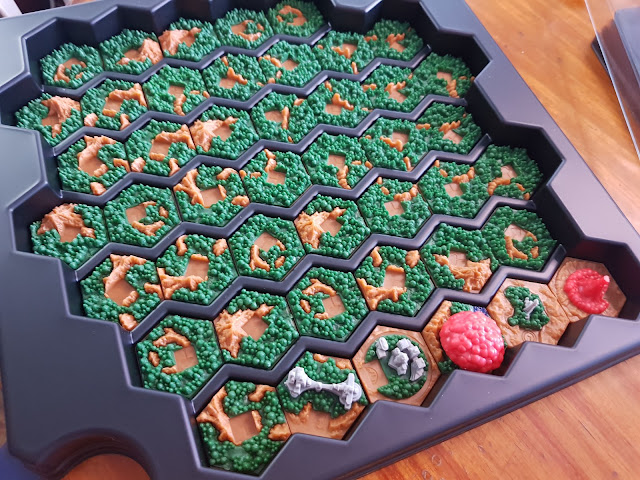 Metro Manila Community Quarantine - Day 455
Saturday has been generally good but was off to a slightly odd start. We started the day looking forward to a fun little literary of geeky things, but things sort of got derailed when our Night's Black Agents game had to get canceled since one of our players had just gotten his first COVID-10 vaccine shot and was no longer feeling up to gaming. These things happen, of course - I had the same fear for myself when I had gotten my first shot on the same day as a scheduled online RPG session. So it was totally understandable.
Tobie still did the weekly grocery while I got through my morning workout. I ordered lunch ahead of time and then once Tobie was back, we settled in to unbox our Terraforming Mars Big Box as a Baduy Pride episode. This was before we found out about the need to cancel our game for the day, so we were certainly on a bit of a high. This was more than just a storage box, but a beautiful upgrade of our entire Terraforming Mars experience to help address one of the initial concerns about the game being a little minimalist in its initial approach to game coponents.
After that, we were left with a lot of free time. We started by watching more episodes of Friends and sleeving and storing the cards of the first Legendary: James Bond expansion. But after dinner the only thing left to do is, well, to play Terraforming Mars and put the new components to the test. And that's the plan for now. We'll see if we can play more games after that, but a full game with most of the expansions is bound to take an hour or so, even when it's just me and Tobie playing.
This may not have been our original plan for the night, but it should still make for a good weekend.
gaming QuaranGeeking sietch life tabletop gaming television Tobie vlogging