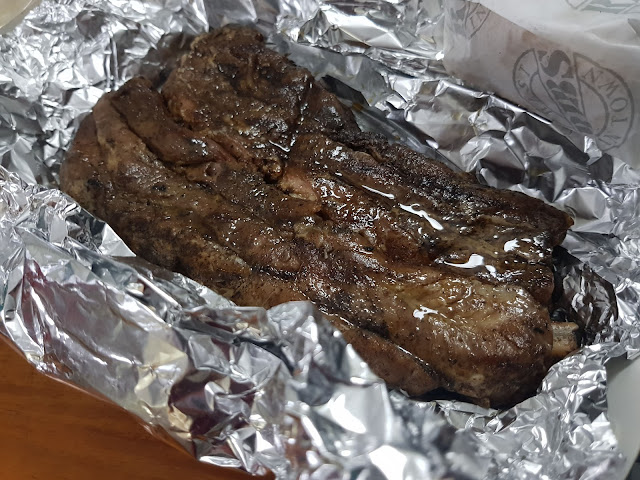 Metro Manila Community Quarantine - Day 454
It wasn't too long after Tobie acquired a copy of the new In The Heights movie that we started to watch it. We started late last night and barely had time to watch the first hour before we had no choice but to go to bed since we still had work and Tobie had an early meeting to boot. We watched more of it over lunch but only really got to finish it after both of us were finished with work.
For the most part, we still enjoyed the movie. It celebrates the core spirit of the musical and the big dance numbers are beautiful to behold. But as was expected, not all songs (and thus not all characters) made it to the movie adaptation, and it's kind of sad to note that. For people who have never encountered In the Heights before, I'm sure they're going to have a magical experience. It's still a very powerful story and one that was modified to make it more movie-friendly without abandoning the magic of the theater.
But for those who have experienced the musical whether just through the songs or were fortunate enough to watch a live staging, then you'll definitely feel that odd narrative dissonance that comes with adaptations. I first experienced this when I watched Jurassic Park after having read the novel. A lot of things were changed when the book was turned into a movie, but that doesn't take away from how great a movie it still is.
In the Heights as a movie is different but still great, but Tobie and I can't lament some of the changes. The tweaks change some of the nuances of the story and the potential message of the narrative as a whole. But there were also distinct efforts to update the conflict to reflect more modern issues affecting the Latino American community, so there's that.
It's a different story but still a fun experience. And I wouldn't put it past us to decide to watch it again over the course of the weekend.
Beyond that, I think even Tobie is starting to feel bogged down by the "routine" of our quarantine life. We definitely need to figure out ways to keep things interesting while staying safe. He hasn't qualified for vaccination yet, so that's quite the annoyance that limits our movements. But we'll make the most of what we can do for now and go from there.
In other news, my passport already arrived but Tobie's hasn't even though we applied for renewal on the same day, and technically he was ahead of me in the queue. The official delivery date was supposed to be Saturday, so for now I'm just lucky that I already got mine and I assume Tobie will get his by Monday or something. My passport tends to be my primary government ID, so I'm rather relieved to have a valid one again. But we'd all feel better once Tobie's arrives as well.
Oh life.
all the world's a stage moving pictures QuaranGeeking sietch life Tobie