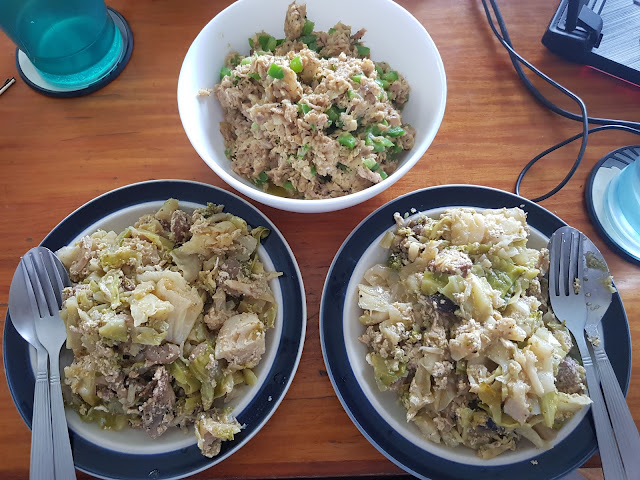 Metro Manila Community Quarantine - Day 450
Our Monday night is ending with a bedroom door that refuses to open. It seems to have somehow locked itself right as we set up to broadcast tonight's Baduy Pride stream so we only discovered what had happened after the show. We have the key and we're able to lock and unlock the door (technically), but it refuses to open. So we've already called the building maintenance to try and assist, but I strongly suspect they're going to have to break the doorknob or something.
This seems to be the year of home improvement needs for one reason or another. Just last month we had to have part of the cabinet under the kitchen sink replaced with new wood since water damage had worn things down. These things happen of course, but it kinda sucks more when you're just renting the place you're living in, thus any repairs or replacements aren't for your own benefit but for the unit owner. But it is what it is.
Given our geeky space challenges, the question of finding a bigger place has come up more than once. On the one hand, living in BGC is nice in terms of amenities and coverage, as it were, but it is more expensive. Finding a bigger condo at a rate that doesn't put a serious dent into our finances will be a challenge as this unit was already a steal with respect to BGC market rates but is technically smaller than our last condo in Cubao. On the other hand, Tobie is thinking about his family a lot more and the option to live closer to them in the same gated community is tempting too.
Given the weirdness of how things are run, it always seems to make more sense to live in either a condominium or a gated village community so that you have support when it comes to security and other concerns. Just having a house anywhere else leaves a lot more of the responsibility on your shoulders, which can feel rather scary. And I don't think we'd want to live somewhere that didn't have additional security in place because, well, this is still Metro Manila and things can get crazy.
A townhouse would definitely offer more bang for our buck in terms of potential space versus how much it would cost us. But it's hard to find a nice unit within central Metro Manila - most available options are further out in places like Cavite or Laguna, and even then the options have narrowed in recent years. We're staying put for now, since moving feels like a crazy idea in the middle of this pandemic. But it is something that we have been thinking about to some degree.
inner ramblings sietch life