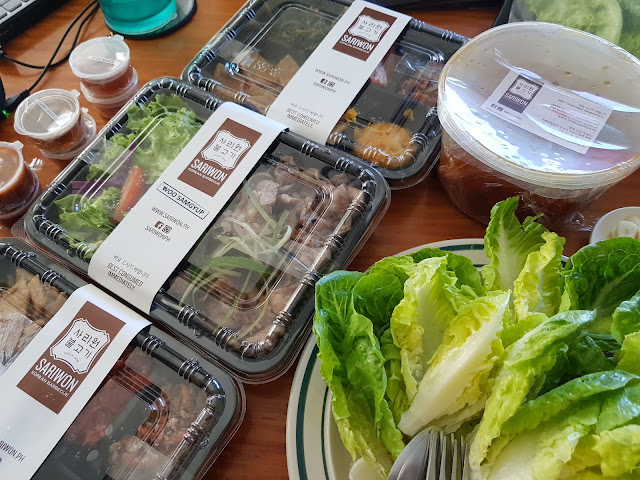 Metro Manila Community Quarantine - Day 448
This Saturday started out a lot busier than normal. We had an interview to conduct with a candidate who wasn't free during the week. This is also my monthly medicine restock day for my parents. And then since Tobie also does grocery on his own, I also take on the responsibility of scheduling a food delivery for lunch ahead of time so he can receive it while I'm out visiting family. It's quite the complex dance as we get our respective errands done.
But the interview took longer than planned due to some technical challenges experienced by the candidate. And then it took me a bit of time to get a hold of a sales clerk via the Mercury Drug hotline so that I could have them assemble my order ahead of time. And even scheduling lunch took longer than expected since I wasn't getting my OTP from BPI all that quickly. And these little delays all added up so that I had to adjust my workout plans so that I didn't leave the Sietch even later.
I got everything done without further incidents but I did get home very close to the start of our Pendragon RPG session for this afternoon. We were down one player because he had confused the schedules and had set another appointment today, which was a bummer. But at least we still had a game as Tobie managed to find a way for us to have a sort of side story without the missing player.
But without the full party, we ended the game a little earlier than we could have in order to avoid moving into the next battle. Still made for a good session, but now we have more of th evening available to us.
So I'm wrapping up my dailies (including this blog post) with RuPaul's Drag Race Down Under playing on the TV while we figure out the rest of our Saturday night plans. It can become ironically tiring to think about what to do without outside options, as has been our situation since the start of our lockdown in March last year. We could play some of the new board games that came in. We could try to find friends who are free to play digital board games online. Or I could unbox my huge Unicron figure, which is a bit of a solo activity. But I'm sure Tobie will celebrate it with me, especially given how ridiculously big that toy is.
I do want to do something and not just get lost skimming social media and playing random things on TV, which is what sometimes happens during off days that coincide with the weekends, which is a real bummer. So wish us luck. I don't want to waste the free time.
family gaming sietch life tabletop gaming television toys Transformers work