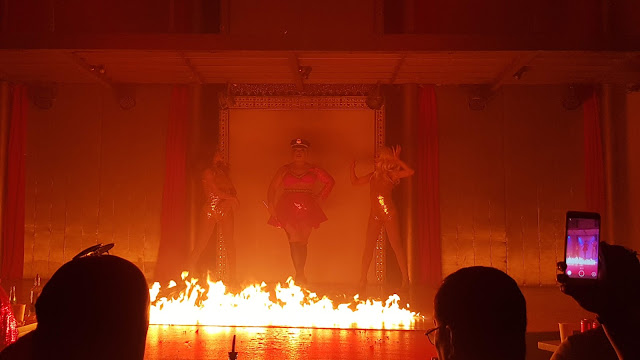 Metro Manila Community Quarantine - Day 430
The weather is something else this week. Even with the AC on, it's still quite hot. And the temperature disparity between the living room (where we have the AC on while we work) versus the bedroom (which is not air-conditioned) is rather staggering at times and it makes you want to retreat back to the cold as quickly as possible. It doesn't help that I need to get up once an hour to do steps - any physical activity's impact on my body is amplified by the ambient temperature.
I know our electricity bills are going to be higher than I'd like, but it's a decent enough trade-off considering our lack of all other recreational activities outside home. Gotta love the quarantine life. And given the alternative, it's a worthwhile investment. Otherwise, work would be even more stressful than it needs to be with the addition of the weather.
In entertainment news, it's no longer clear how the new Dune movie is going to be released. There was an announcement that all Warner Bros. movies would be released in theaters solely without the simultaneous debut on the HBO Max service, but then clarifications have stated this is not the case. There's been a lot of drama around the original decision to release such movies on a streaming service including complaints by the director of the movie who insists that such films were designed specifically as a cinematic experience.
But we live in a country that does not officially have HBO Max nor are our movie theaters allowed to operate in most of the country because of the pandemic. So either way, I'm more likely to watch the new Dune movie in a manner that its creators probably did not intend, if you get my drift. I want to see it out of curiosity, but I'm not exactly crazily eager to see it either. And it's just the first of a two-part experience. Who knows when we'll be able to see the second part after it's released in the US.
Sheesh, what a life this is these days.
moving pictures sietch life stop the presses work