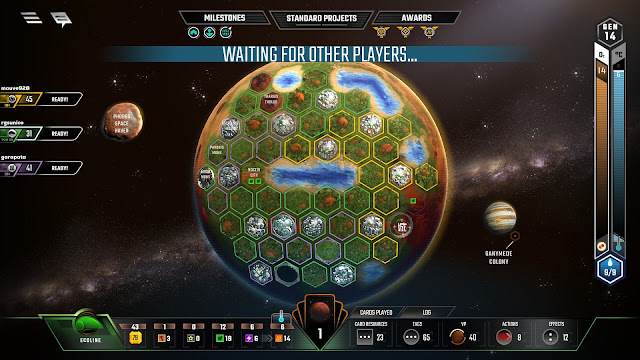 Metro Manila Community Quarantine - Day 425
Minor News Update: So starting 15 May, we're going to be something the government is now calling "GCQ with heightened restrictions", which I guess is somewhere between MECQ and GCQ, but going GCQ means less obligation to provide financial aid to families. It's more of the same thing - we're still under quarantine and the government isn't providing clear solutions for how to get out of this situation and back to a functional society.
After yesterday's slightly longer Vampire: The Masquerade 5th Edition session, Tobie and I joined other friends for a rather lengthy but fulfilling game of Lords of Waterdeep online. the app implementation is pretty good, but not the most polished or pretty when compared to more recent releases. But it's one of the few games that a lot of us in the group own that can support up to 5 players, so it has that going for it. That one game took several hours, which feels longer than had we been playing together in person, but that's just how it goes.
That's the quirkiness of playing tabletop games online. It adds in a lot of little elements of delay that extend gameplay. This includes technical issues such as internet latency, getting disconnected or computers restarting on their own. And then there are other quirks that come with trying to codify an analog experience into a digital one including so many different confirmation prompts that try to capture all the possible instances when you might have the option to take any action to whether or not the app needs you to double-confirm all actions taken for your turn before moving to the next player. Some games make it difficult to even know if it's your turn or not - and all this just adds to your playtime.
And thus over the course of this holiday we've only had a 3+ hour RPG session and just two board game sessions between last night Lords and today's Terraforming Mars with Mitch. And that game didn't even get to complete fully since we encountered the same error that we did with Urim last Sunday. They should hire us as playtesters and bug finders for these games haha.
But all this is still better than nothing since we do miss our regular game nights. Even if it means that we're all struggling with weird game interfaces while only hearing each other's voices on a video call since we leave the cameras off to save on internet bandwidth. But even the gift of hearing each other is such a blessing since it at least sounds like our old game nights and thus it feels familiar and comforting.
But there's still work tomorrow. So I have to address that first.
gaming holidays inner ramblings QuaranGeeking sietch life tabletop gaming