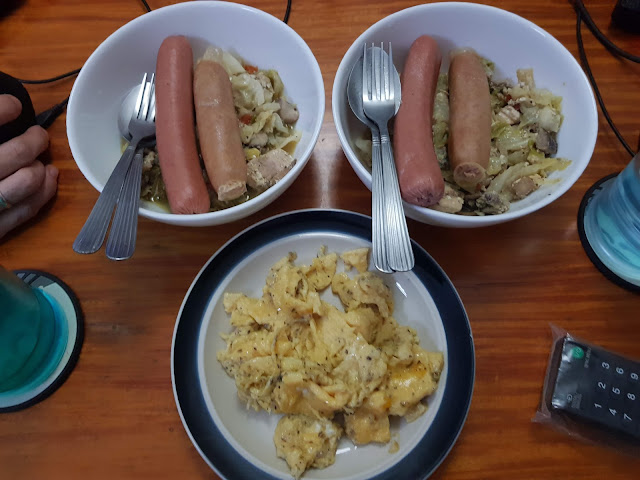 Metro Manila Community Quarantine - Day 417
Every month, Simon & Schuster a good number of Star Trek books on sale across their different electronic retailers. I had not consciously noticed this right away - but I would come across the heavily discounted Trek books at random while surfing around Amazon. But now that I know it's a thing, I wait for the month's selections to appear during the first week (as it takes time for Amazon to reflect the $0.99 pricing), and then I gobble them up.
To date, I appear to have gathered over 200 Star Trek novels in digital format. And I've barely read enough of them in favor of other books. But man, that's a lot of Trek. And I don't really mind since I'm happy to "collect" these different Trek books, a lot of them being very classic titles, all providing a weird sense of reassurance that they're always there and I'll get around to them eventually. I just have no idea where to start sometimes - the Trek books are largely non-linear and non-canonical with respect to the TV and movie continuity. But it gets oddly daunting to look at my Star Trek collection on my Kindle and figure out which one to "pull off the shelf" as it were.
Things have been quite busy at work, but thankfully Tobie and I haven't had to resort to ordering out. The temptation is always there. But it's always healthier just to prepare our own meals. Plus it's obviously cheaper. And there's the fact that we grocery quite heavily on a weekly basis, so we really should eat in as much as possible. But when things get crazy busy, it's hard to find the time.
In this case, my tendency to cook large quantities of food tends to be rather handy. When we don't have time to cook, we at least have time to heat up leftovers. This means a lot of soups that stretch across several days, but I can't help myself. I'm only really comfortable preparing a whole pot of whichever soup or stew I cook for dinner, and that gives us something to pull out at a moment's notice.
It's already the middle of the week, but I think this second half won't be quite a stressful as the first half. A lot of work initiatives are reaching fruition and I hope that frees up more space on my proverbial plate...because I have other things that I also want to do? It never ends, really. It never ends.
My back pain from last week is mostly gone, apart from my arms feeling a little weird to some degree. After jogging on Monday and Tuesday, today Tobie suggested that I try a lighter yoga flow to get back into the groove of things. I was a little worried that I'd the flow would trigger the pain points again and it'll turn out that I'm not fully recovered just yet. But things turned out pretty well and it was nice to start the day again on the mat.
But baby steps for now. I'll probably jog again tomorrow to not overdo things then see how my body responds. My goal is to get back on a regular fitness plan again by next week (albeit at a lower difficulty level) and work my way back to my previous level of activity at a slow yet steady pace.
books cooking food adventures gym life health sietch life Star Trek work