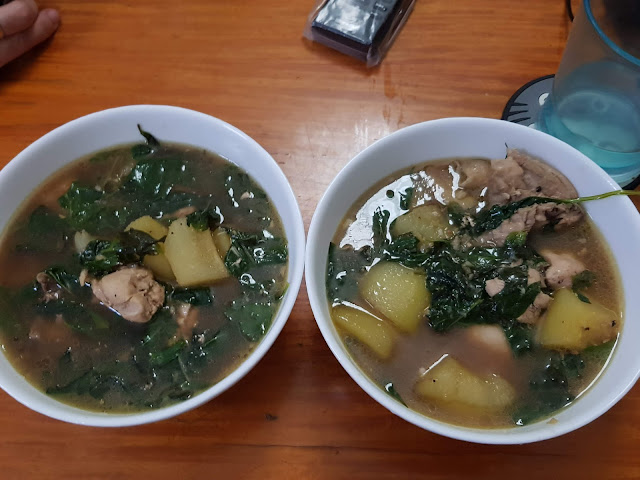 Metro Manila Community Quarantine - Day 401
It is nearly midnight as I write this blog post and I'm once again wondering where the night went. Admittedly, cooking dinner after work started later than planned and took longer than I would have liked - but at least the tinola came out great. Tobie appreciated how flavorful the chicken was, which I managed to achieve by boiling it more after sauteing it in the garlic, ginger, soy sauce, and patis.
Most of what I cook throughout the week tends to one sort of soup or another. Soup has always been comfort food for us growing up, and I guess that has stuck with me. And it has been nice to go back to these recipes since my shift to keto - I don't even miss having rice with these different broths anymore. My versions of these dishes just tend to have way more veggies than normal and often need additional broth when I get to reheat it as a second meal.
But that left little time for dinner before we had to go online for Baduy Pride. And don't get me wrong, it was a fun hour-long discussion on Galaxy Trucker, one of Tobie's favorite board games. But then the rest of the night went to my dailies (and Duolingo was a bit of a struggle today), followed by...not much else. Time just slips away like that when you're not careful, I guess.
At least we're enjoying watching Kindred: The Embraced before bed. It's a surprisingly good effort to translate the Vampire RPG into a television series. A shame it didn't go beyond 8 episodes.
cooking gaming keto life sietch life tabletop gaming vlogging