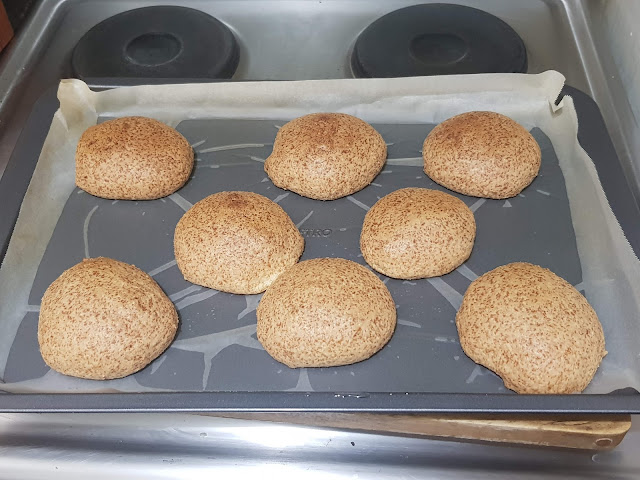 Metro Manila Community Quarantine - Day 400
Was a little surprised at today's quarantine count number - our brains are hardwired to have a certain affinity for round numbers given our Base 10 counting system. At the same time, today's Baduy Pride episode was also a round number - episode 180. Funny how things work out in this manner.
All weekend, the big news items that everyone has been covering are all these community pantries popping up all around the country. They're basically efforts by people who can spare groceries to help out others who need help, especially during this quarantine period where many are out of a job. What started as one table set up along Maginhawa Street in Quezon City has become a movement sweeping the nation. It's people coming together to help one another out because, well, who else will? We've seen little actual assistance from the government, especially on the national level.
And so we can't blame people for taking measures into their own hands. I just worry that sooner or later, bureaucracy is going to rear its ugly head and try to clamp down on these initiatives for this or that stupid reason. We've seen it happen so many times before and I wouldn't put it past the authorities to get in the way of an honest attempt to help others.
But we can't let the government get in the way of well-meaning citizens trying to help out one another and try to fill in the gaps in the government's response to this global pandemic.
In other news, today's episode on meditation felt all the more timely since it's Ricky's death anniversary. I actually maintain a recurring Google calendar item even though I never know what to do about this particular day. Things didn't end well with my biological father, but I still respect him as my "male parental unit", as we used to say, even though our relationship ended on an odd note given his death.
I don't want to go out of my way to somehow tarnish his "legacy" or anything - our issues were our issues and that's just how family is. But after all this time I'm still...I don't know. I don't want to make a big deal about today, but I can't help think about it, and that sort of gives power to it whether I like it or not.
Most days, it's easier to pretend that he's still alive, just living his life while forgetting to check on his kids, as usual. It's weird to think that he's dead, and I can't fully explain why this is so. In a weird way, I'd rather that he were still alive and not actively involved in my life instead of being dead and...absolutely not in my life.
Stupid twit. Why'd he have to go and die? And now he's become my benchmark for my own fitness efforts - trying not to let my weight and overall health kill me before my 50s. Just another way that I want to do better and not repeat the mistakes he made. And that ironically means that in some indirect manner, I'm still defining part of my life based on his. Go figure.
deaths family health inner ramblings stop the presses vlogging