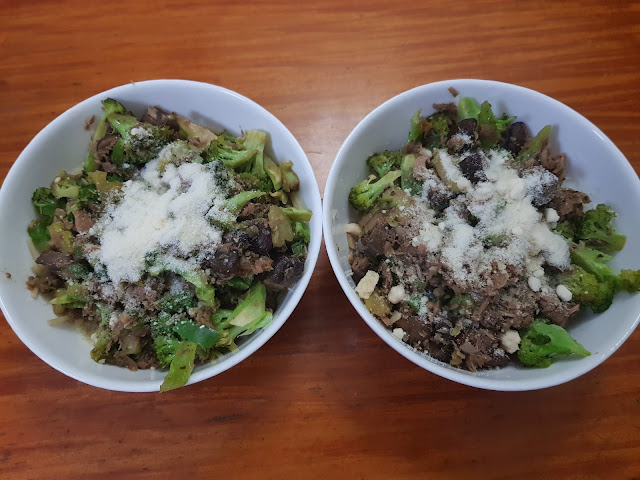 Metro Manila Community Quarantine - Day 374
Work was pretty tiring today. I was on a video call with my sister for most of the day as we were working through some important stuff. We got it done in the end, but that didn't make the process of doing so any less tiring. And it seems that we still have quite the busy week ahead of us as well.
My weigh-in this morning came out heavier than I would have liked. But I understand why - dinner the night before was pretty heavy and bordering on late. And this morning's scheduled exercise was fairly light yoga despite its "high intensity" rating in the app, and I admittedly rely on those workouts to help reduce my weight as much as possible before I get onto the scale. But I don't regret the yoga - my body was complaining lately and I know I need to pace myself.
During tonight's Baduy Pride stream, Tobie pointed that we haven't been getting as much sleep as we should. And he's right - despite efforts to at least lie down earlier in order to get more sleep, it takes us a while before we really fall asleep. And despite the delays, we still wake up on time for work, albeit feeling like we could have gotten more sleep. Not quite sure what's causing this, but it is an interesting side-effect of...something. Maybe it's related to quarantine-stress. Maybe it's something else. But it is affecting both of us to some degree, so that's definitely something to keep tabs on.