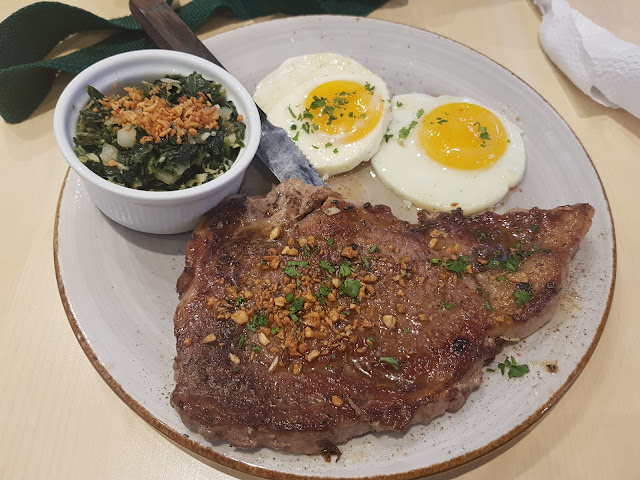 Metro Manila Community Quarantine - Day 369
Work-Related Rant: I feel like I've spent way too much time this work revising quotes for the same prospective client. They keep coming back with new versions of their deliverables with increasingly more indeterminate deliverables while asking us to peg numbers to them regardless of how difficult some of their asks are. Just today I received two different versions of their "latest" deliverables for management and regardless they still hope to get something tomorrow before lunch. The final figure I'm floating is approaching ridiculous levels since it has a lot of items we'd normally want to list as optional or variable, but we'll see how things go. We'll try to pin things down tomorrow so we can send off this latest version and then it becomes a waiting game again.
But enough of that.
We keep having mixed luck during these Thursday night grocery runs.  While we do prefer going at this odd time since it means fewer people at the supermarket, it also means dealing with end-of-day inventory. And when you couple the way our supply chain can get a little weird especially for things like pork products as of late, well, you just work with what you can get. It's like how I'd plan for tinola for weeks and weeks and then it becomes oddly hard to get chili leaves and the chicken cuts I want. We've enjoyed pork sinigang as of late, but today we were unable to get nice pork for it or even decent kangkong, so we're deferring that plan for now.
Other than that, we're finally getting started on watching the (in?)famous Snyder Cut of the Justice League movie and, well, it's very-Snyder so far. I kind of expected things to go this way when they said that the cut is over 4 hours long. So much Snyder slo-mo over and over again. Thus I doubt we'll actually finish this movie tonight - we'll have to head for bed eventually. But it's still something, so let's see how this rolls.
cooking inner ramblings moving pictures sietch life work