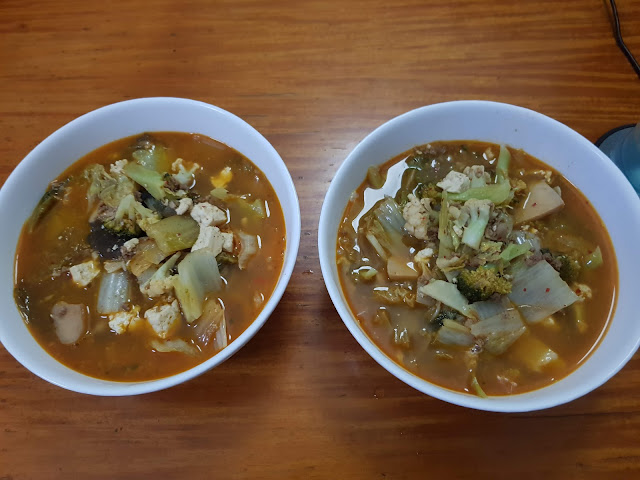 Metro Manila Community Quarantine - Day 366
When the community quarantine began in Metro Manila exactly one year ago, I added the quarantine day count to the start of my blog post for the day as a test to see how long things would go on. The main goal was to get to the end - to a point when I could stop adding this day count to my posts. Plus it was my contribution to recording this particular point in history, so it started out slightly exciting.
But a year has passed, and I still have that quarantine count at the start of my blog post. Not only are we still in quarantine, but our daily new COVID-19 case count has reached old heights, rivaling the peak of our infections between July and August. I think today's nearly 5.5k count is a 7-month high, which is totally not the right direction that we should be heading towards.
But what's next? We're still in the process of distributing our donated vaccine doses to our frontliners and have yet to resolve all the legal complications for securing additional vaccine doses from the different manufacturers. The media often reports that we're among the most delayed countries in terms of the vaccine rollout and this does not seem to be spurring the government into speedier action.
Nobody wants to go back to the stricter levels of quarantine, but at the same time, one can't deny that it may be needed as new COVID-19 cases continue to rise at an alarming rate, especially here in Metro Manila. We all want to return to a greater sense of normalcy, but only when it's genuinely safe enough to do so.
The big problem, at least as far as my perspective is concerned, is that the government's response to this pandemic has been a largely punitive one with a greater focus on control and less on science and proper education. The rush to "re-open the economy" before we were truly ready to do so from a health perspective has only extended our time in quarantine instead of shortening it. We look to our neighbors in the region with similar economic constraints and they're doing a lot better than we are.
Big sigh. We're surviving but we're not winning this war. And we're losing people less fortunate the longer this goes on without an actual coherent plan of attack for dealing with this disease. And this is before the variants started to run wild (including one identified first in the country). When is this government going to wake up to the reality that they've been handling this terribly?
Or have they been doing so intentionally? One can't help but entertain more conspiracy theory like ideas at this point. What else is there to do after all?
blogging inner ramblings QuaranGeeking stop the presses