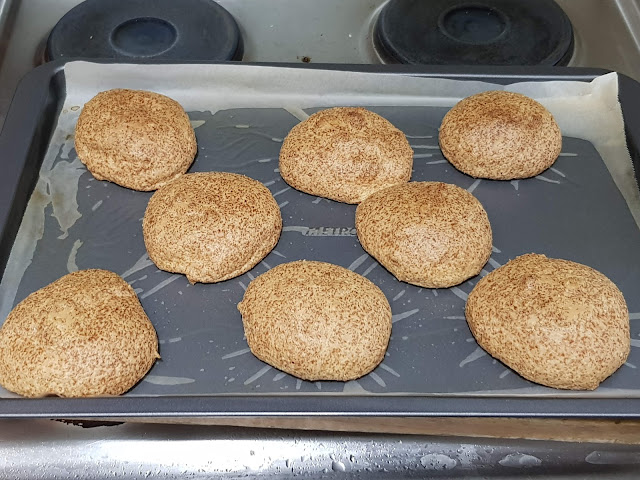 Metro Manila Community Quarantine - Day 352
Pretty excited about the upcoming crowdfunding campaign for a Collector's Edition of Robinson Crusoe, a cooperative board game that we love a lot and a game that threw us down the rabbit hole of falling in love with Portal Games - particularly the games created by Ignacy Trzewiczek. We've been seeing more and more second editions and special editions of much-loved games in recent years, creating an increasing number of duplicate games that we're now accumulating. We always tell ourselves that this just means that we continue to support the game creators that we love by buying new copies of their games.
We really need to get back to playing Robinson Crusoe though - we still haven't finished playing through the Voyage of the Beagle expansion campaign and we have a whole other campaign waiting for us with our unopened Mystery Tales expansion. On a similar note, we also really need to work on finally figuring out how to play First Martians: Adventures on the Red Planet, the Robinson Crusoe-inspired game that for some reason always left us feeling like we were doing something wrong. In this age of YouTube board game playthroughs, there has to be a way to understand this by watching others play, right?
In other news, the government has started to utilize the vaccines donated by the government of China. We still don't have official vaccine procurement deals for various reasons that I don't want to get into, but I guess some of our frontliners getting vaccinated is still better than none. I just hope there are no serious side-effects for this particular vaccine and that the limited efficacy proves to be sufficient to protect our very important doctors and other medical personnel.
A part of my day's frustrations was spent figuring out the different contract tracing applications that the government is using. I thought finally relenting into signing up for the national StaySafe.ph would cover me as the IATF has ordered all establishments to use it as of last December, but it seems that the different local government versions of contact tracing apps remain in full force and feel impossible to avoid. For our city, Taguig has a TRACE app (although the Android app can't be installed, so they direct you to the website) that they also plan to somehow incorporate into their vaccine rollout plans for the city. So I signed up for that as well and got my obligatory QR code, which should be used whenever we patronize Taguig businesses.
The fact that I've gotten away with not having these apps until this point as we near the first anniversary of our community quarantine says a lot about how inconsistently these apps are being enforced. It's not very reassuring that the government still hasn't figured out a systematic method for contract tracing that works across the country and I am definitely the sort of person who is more than willing to cooperate with efforts that make sense. Plus I want to move away from different establishments using independent Google Sheets (or worse, physical pieces of paper) to compile contact tracing data that can't possibly be helpful to any sort of actual effort to perform legitimate contact tracing.
Despite the hope that the start of the vaccine rollout provides, one can't ignore that our COVID-19 infection numbers remain pretty high despite the different control measures and minimum public health standards supposedly being enforced. The pandemic remains a very real threat, and the Philippines is one of the few countries with numbers on the rise at the level that they are and we have quite the messy report card in terms of our COVID-19 response.
This has been such a long year.
gaming health inner ramblings QuaranGeeking stop the presses tabletop gaming