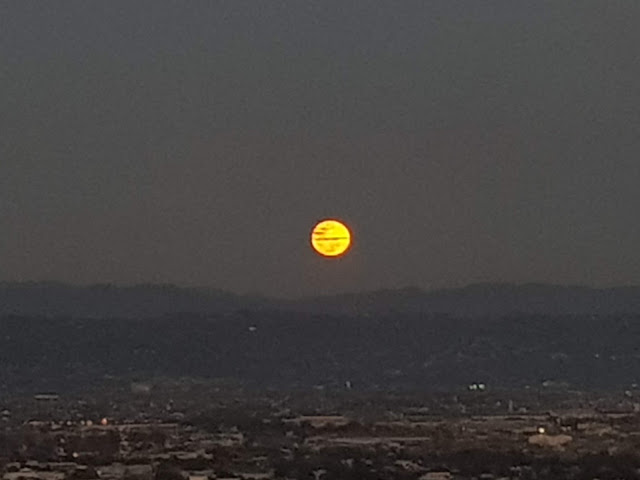 Metro Manila Community Quarantine - Day 351
Our passports expired last October and we were in no big rush to get them renewed for obvious reasons. And while I have missed having it as my primary government ID (sorry, I don't drive), it felt like more of a risk to venture out than was necessary for a travel document.
2021 has come along and we still haven't gotten our passports addressed and I was starting to really think about it. Cue today when I saw a Twitter contact mention that the earliest appointments were all the way in May, I kinda started to panic. Travel is still a far-flung possibility, but if the delay is already about 3 months, then who knows how long it's going to be later on as the country continues to open up more.
So I scrambled to get an appointment as we were getting today's online RPG session started and I showed Tobie the appointment I was aiming to book so he could do the same. I really should have tried the group booking or just booked things for Tobie while he was doing RPG prep, but instead, I figured we could settle things after the game.
Fast forward a few hours later, and when I re-checked the appointment system, it appeared that there were no more slots at the SM Megamall DFA office for some reason. Cue feelings of panic and being upset with me for not addressing things with Tobie sooner instead of waiting for after the game. After the initial panic, I refreshed the page and checked the system again and the slots re-appeared including more for the day prior. So this time I had Tobie load the site immediately and get his appointment booked. What a relief!
On a related note, a friend shared that he went to SM Megamall today and mentioned something about Mandaluyong having a separate contact tracing application. And true enough, there's something called MandaTrack, which is still different from the supposedly official contact-tracing app SafeSpace.ph. It's kind of bonkers how disorganized our contract tracing efforts are given how so many different groups and LGUs have invested in their own contract tracing apps and now probably feel obligated to still use them versus following the directives of the national government. Even just looking at things at the national level, it remains unclear why the Department of Transportation decided our airports needed a separate contract tracing app from the rest.
One can't help but assume that there were inevitably kickbacks with all these redundant app development projects that have ultimately gotten in the way of properly dealing with this public health crisis.
And while I'm aware that SafeSpace.ph has had plenty of privacy issues raised by different groups, I'm already at the point where the government might as well double-down and have a legitimate contact-tracing solution instead of this disorganized mess of multiple apps collecting the same data over and over again without any true coordination. For a population center as interconnected as Metro Manila, we cannot limit our efforts on a city by city basis since people naturally need to travel to different LGUs within the metropolis in line with their jobs or just to visit their family members. And there is no point to contract tracing if it continues to follow local government political boundaries.
inner ramblings QuaranGeeking run the world sietch life Tobie