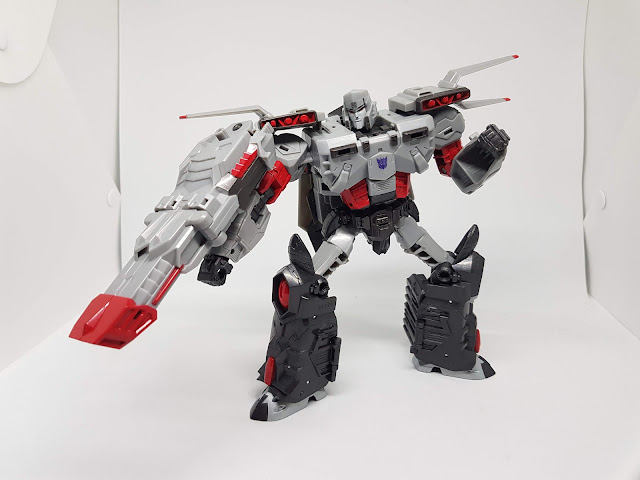 Metro Manila Community Quarantine - Day 335
Happy Lunar New Year! May the Year of the Metal Ox be prosperous for everyone...if you're into that sort of thing.
As mentioned in yesterday's blog post, I spent my Thursday night unboxing several Transformers while we had Killing Eve. More on the show in a bit, but let's first talk about the Transformers.
The last year of releases spanning the War for Cybertron trilogy of release themes has been weird. While we have been seeing an uptick in exclusive repaints, retools and other cost-saving variants in recent years, things got particularly crazy last year. I figure that the global pandemic's impact on the supply chain for everything including toys was totally wonky with production facilities in China (where it feels like everything gets made) being first impacted by the spread of COVID-19. And I feel like that defined many of the releases throughout the year.
Thus we got way more examples of existing molds being turned into new characters. The image above is one of the better examples since it was a more extensive retool that gave us a dynamically different version of Megatron. But other cases have just been quick repaints and with a slightly different face sculpt. And I figure that this was the easiest way to maintain a supply of new toys at minimum cost given all the other complications of the pandemic.
The coming Kingdom line that will complete the War for Cybertron trilogy does promise to bring some actual new figures given its celebration of the classic Beast Wars toyline, which does have me pretty excited. I'll get around to unboxing the first wave of figures very soon, hopefully within this extended Chinese New Year holiday weekend.
holidays toys Transformers