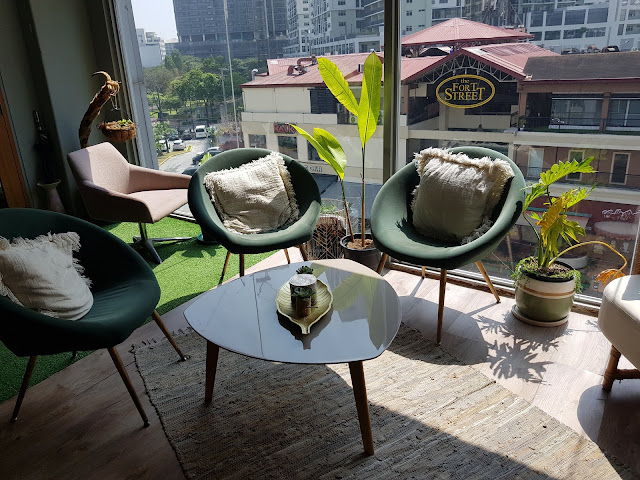 Metro Manila Community Quarantine - Day 334
Today I finally got a foot spa and pedicure again after about a year. I got to take advantage of the extra time afforded by the Chinese New Year holiday and so I had decided to risk an appointment at The Secret Lounge, which is a place I had ironically wanted to try around the same time last year but they didn't reply fast enough and I ended up at a less than ideal foot spa instead.
It was a little tricky to find the place, and in that sense, I suppose they lived up to their own "secret" tagline just then. But it was a nice place with no other customers and rather friendly attendants who made sure to offer me water and such. The foot spa was priced separately from the pedicure, but they certainly made sure I felt quite pampered. I was in a nice recliner and the foot spa even included a cool mask for my feet? Ultimately, it was a nice experience and I don't mind going back. We may continue to cut our hair indefinitely, but this is something I'd love to continue to make time for.
Tobie was pretty stressed with work, so that sort of dampened some of the fun today. I struggled over figuring out lunch and in the end, we just ordered Sariwon (again!) and I spent some time reading a good X-Men/Fantastic Four crossover comic. I also got started a few books of interest including Haruki Murakami's Killing Commendatore and listening to the original audio drama The Sojourn. So yay nerdery for the day. And I've finally gotten started on the second volume of the ongoing Transformers comic book series.
At least I got to put more effort into dinner. I used some fresh (or at least not canned) mushrooms that Tobie's mom had given us and incorporated them into an oil-based pasta. Tobie got regular spaghetti and I had to content myself with shirataki noodles, but the resulting dish was pretty good.
Now I'm working through unboxing some Transformers while we have Killing Eve's second season playing on the TV.  Productive, eh?
books comics cooking food adventures health holidays keto life sietch life television Tobie Transformers