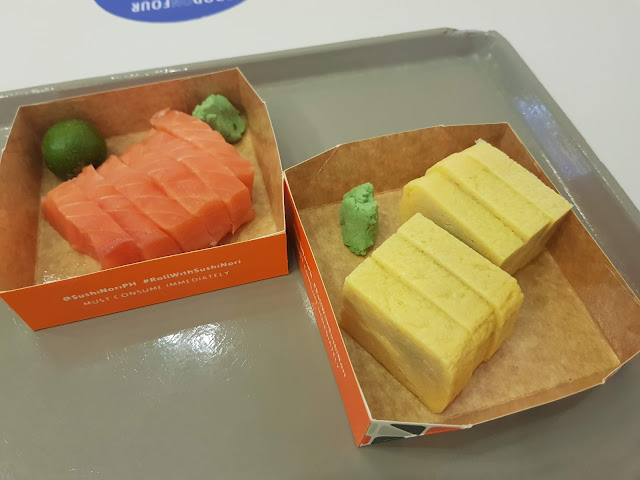 Tobie and I have been going to the grocery together again as of late and I totally enjoy the experience. The supermarket is not very well-stocked on a Thursday night, I have to admit. But at least there are fewer people around, which is the really big draw in this case.

The real challenge is figuring out where to have dinner. The closest, most affordable option is the weird United Steak stand attached to the supermarket since I can get some sort of steak for myself and swap out the rice for spinach (when it's in stock) and throw in an overpriced egg on the side to round things out. The main challenge is that there are very few seats and while the supermarket isn't teeming with people, this area is a magnet for folks with nothing better to do than just sit around.

I used to look forward to going to the fancier Food on Four food court upstairs because I could at least customize a keto-appropriate poke bowl at Poke/Poke. It was only recently that we discovered that the stall had closed over the course of the pandemic and now I don't really have as many good options for food anymore. We can try different steaks at the food court or some of the fancier restaurants upstairs but it never feels like good value for money and we have to give so many instructions like not adding their obviously starchy gravy and asking to have the rice served separately or not at all.

Eating out will always be a challenge while on a keto diet, even when you're not being super crazy strict about your macros. Just doing dirty keto being eating keto-compliant food and sort of guesstimating your way to the right amount of fat versus protein in your diet still doesn't make eating out any easier. Like Tobie and I tried the shabu-shabu place at Aura and while I could at least eat, I also had to add to Tobie's plate by passing only my corn, noodles, and fishcake balls just to be sure. I ironically end up shifting carbs to Tobie since restaurants don't know how to not serve things that come with the item on the menu.

I guess my conclusion is that SM Aura is really more keto-hostile than it used to be, unless we splurge on places like Ogetsu Hime and its ala carte buffet, which is pricey but really hits the spot. It's just not something that is sustainable. Thus it's really a lot easier to just eat at home, which is okay but just not as fun as like the whole eating out experience. Such is the keto life.