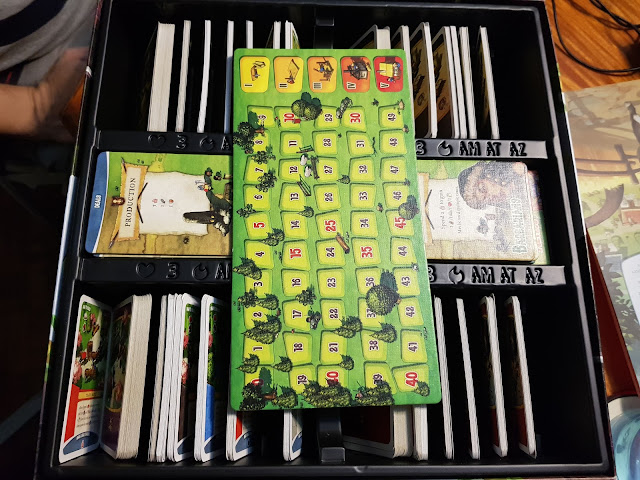 Metro Manila Community Quarantine - Day 319
Today's Baduy Pride episode ended up being a weird unboxing video for the new Imperial Settlers Storage Box that had arrived today. I was expecting it later in the week since I had just gotten the email notice this morning that it had arrived at the UPS facility in Pampanga. It was a pleasant survive that it had arrived so soon - we really do love this game.
But slotting all of our expansions into this box just stressed the other mini-expansions that we don't have yet. During the stream, I considered picking them up in a mad-shopping spree on Portal's official stores because...why not right? We love Portal Games and we are always eager to support them and we do own some of the mini-expansions precisely because of past shopping efforts.
When I checked the stores online, I hit an impasse. The US store had some of the expansions but not all of them, but this was the cheaper shipping option even if it has to make a stop at MyShoppingBox before it gets here via a cargo ship. The main Polish store has all the mini-expansions BUT only ships outside Poland via UPS air, thus significantly upping the shipping cost. Then it feels like I'd pay double the cost for the expansions since the shipping would cost about the same or more.
For now, I'm holding off on getting them, but I might still do an impulse order for the expansions that are available in the US store one of the days just to feel better about things. Maybe I'll get lucky and the Diplomacy tiles will show up somewhere local and then I'll be able to really fill up this box properly.
gaming sietch life tabletop gaming vlogging