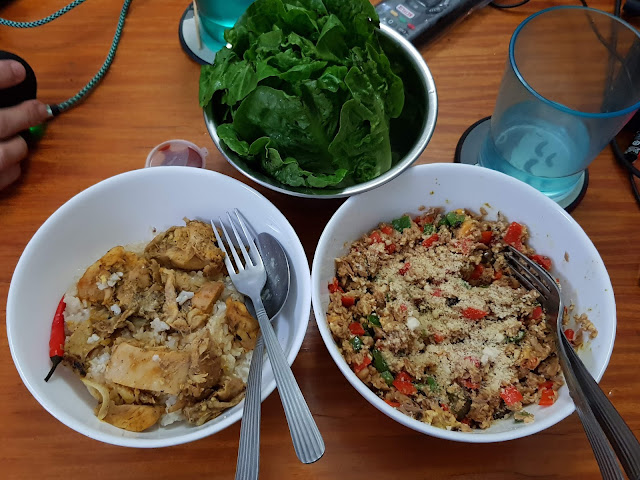 Last night's Night's Black Agents game was pretty intense, but like in a good way. Tobie had given our characters full access to the titular Dracula Dossier of the campaign and now we have the freedom to go through this slightly different version of the classic Dracula novel, but annotated by three different intelligence agents of different time periods. I've started pouring over the notes during the game session yesterday,  but I foresee that I'll be digging through the rest of the book in the weeks leading up to our next session.

Espionage makes for a very interesting flavor for a tabletop role-playing game, and I'm really excited about how this adventure is going to pan out. Throw in this interesting material to dig through as part of the core mystery, and I'm quite the happy camper. Tobie keeps reminding me that we're not exactly in a rush to solve the mystery as we have to given our characters time to explore things in-game, but I'm pretty sure that I'm going to be able to finish processing the book by the time we game again next month.

For a complete shift of mood, we had our Arthurian TRPG, Pendragon. We had a big battle against the Saxons set for today and the preview we got during the last session didn't bode well since they had witches of some sort on their side and Merlin hasn't been seen by King Arthur's side in a while. And as I'm the only player character who has started to seriously consider magic (for this generation of nights), then I knew it was going to fall to me to find a way to deal with their assault.

How things ended with me offering my own eye as a sacrifice in order to dispel their glamour spell of fear that they had cast against our army is anyone's guess, but it totally made sense at the time. And it helped to guarantee that I had made my counterspell strong enough to deal with the witches in a decent enough fashion.