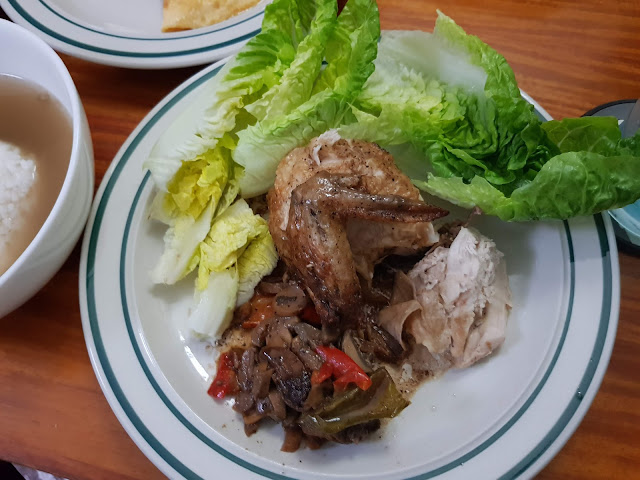 Metro Manila Community Quarantine - Day 309
The weekend has been mostly occupied by two very different online RPG sessions that were fun for different reasons. And it's quite a gift that we do get to play so many different games of diverse genres and such.
Our Saturday game was the first session for a new campaign using the Night's Black Agents system. RPGs that try to capture the feel of espionage stories have quite the challenge set out for themselves. And that gets further muddied by the different interpretations of what defines the spy genre. A lot of people only think of the action in spy movies or super spies like James Bond who can do everything on their own.
But others try to explore the nitty-gritty of spy work, which means a lot of the boring stuff like surveillance, research, and following trails. And in that regard, it's more like a classic detective story or investigation, and the brilliance of how Night's Black Agents is built around the Gumshoe RPG system is how they found a way to make it work for capturing this aspect to tradecraft. One of the biggest quirks of Gumshoe games is how investigative skill points are "spent" to identify facts you need in the case. So as long as you have the points, then you will succeed in finding a clue - it's not a roll that leaves things to chance. It's a very different mindset for games but it totally works in this case.
And this new campaign we're starting has strong parallels with the classic Dracula story by Bram Stoker. Yes, this particular espionage game has the players eventually discovering that vampires are real, and for this campaign, we're going to have to figure out if parts of the Dracula story are actually "real" within the context of the game world and how we might be able to use that information in the long run.
Our Sunday game was the continuation of our ongoing Ryuutama game. Those who remember me mentioning this game as our somewhat happier, anti-quarantine doldrums game will be happy to know that our little crew continues to go on interesting adventures. Today's "episode" had us finally reaching Hour Town, which has given Tobie free rein to incorporate as many time-based puns into his dialog and character naming conventions that would make the likes of Piers Anthony proud.
Having both games in the same weekend makes for quite an interesting contrast of story types. On the one hand, we're portraying a group of agents trying to survive as the mission has gone all wrong, and there are clearly supernatural events happening. On the other hand, we're a quirky group that has arrived at a town shaped like a sundial in a world that has talking animals and magical dragons. And shifting from one game to the other does make for quite an interesting mental exercise.
We still miss gaming with friends in person, but for now, we just have to make the most of these online games. It's the only way to respect everyone's safety given the ongoing pandemic. But I know I've said it man times throughout the past few months, but gaming online is never quite the same.
gaming health QuaranGeeking sietch life tabletop gaming