02935: Nightbeat is a Transformers Detective 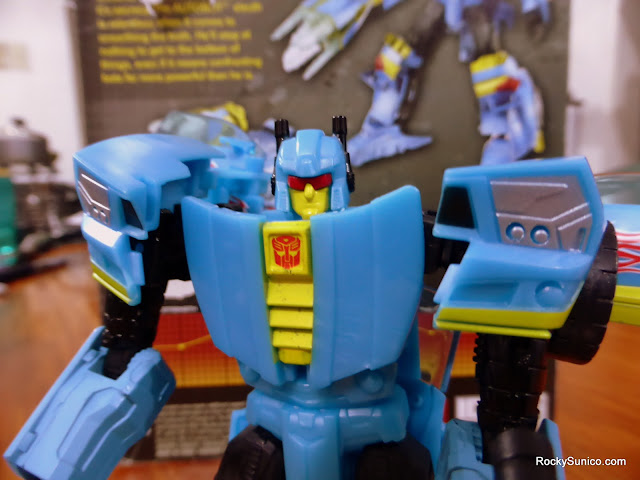 Metro Manila Community Quarantine - Day 297
As the sort of guy who watches shows like CSI, Forensic Files, and a whole host of other true crime documentaries on Netflix, our local police efforts frustrate me, more often than not. I know, I know, media depictions of US police operations aren't 100% accurate, but the general shape of things is still there and it makes their justice system still feel reasonably fair, at least until you introduce the complexities of race relations over there and all that jazz.
Here, we either get cases that drag on forever with no clues or cases where the police are quick to try to get a conviction from the get-go. I don't understand how we can charge people for a crime without already having the proof to show that (1) the crime happened and (2) the person/s being charged are directly responsible for it. Instead, we get headline stories that mention suspects being "provisionally charged" with the evidence to follow later...maybe. How is that justice?
And it's not just heinous crimes that show this sort of shoddy investigative work that defines our police actions. We've seen the same thing with white-collar crimes, cases of graft and corruption, and what have you. We rush to get these things to trial and then efforts eventually fail because the prosecution did not have sufficient evidence for made some legal misstep that leads to the case being dismissed. It happens time and time again and nothing has really changed.
Justice isn't about getting someone arrested as soon as possible. Justice is about building a proper case against the guilty party or parties such that a conviction is practically inevitable. And I do not have enough faith in our investigators within the police or the NBI to believe that they can really deliver actual justice on a consistent basis.
inner ramblings stop the presses