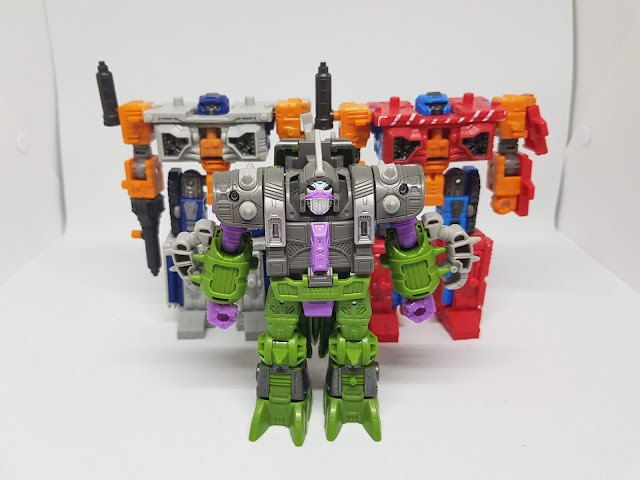 Metro Manila Community Quarantine - Day 290
The year is coming to a close in a few days, and once again I'm thinking about my queue of Transformers to unbox. Considering I bought one more new figure just last Sunday sort of stresses the "problem" I have since I'm not sure when I'll have the time to get the rest of them out of their cardboard and plastic prisons. Tomorrow is still a workday and my brother's birthday, and then it'll be New Year's Eve, where we have plans to spend time with Tobie's family.
It's a very minor non-problem - I haven't been at all consistent in keeping up with my figures in this last few months of the year. It didn't help that so many figures arrived at the same time because of delays in the global supply chain and all that, thus this weird little situation was created. I thought I was making good time and such but that big glut of numerous waves of Earthrise figures coming out at the same time was just killer.
Maybe I'll stay up late tomorrow to get through the bulk of them or something. It would still require a fair amount of effort, and part of me would sort of rather just play games with Tobie since we haven't had a lot of time for that either. One thing at a time, I suppose.
As for tonight, I can't stay up too late since work is work is work. We'll just finish watching The Hustle on HBO Go Asia, then call it a night.
sietch life toys Transformers