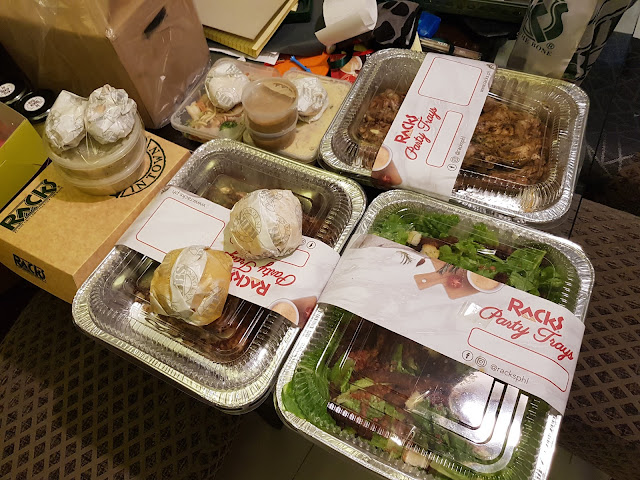 Metro Manila Community Quarantine - Day 286
I'm not exactly sure what happened, but I've been having a less than ideal Christmas. I didn't quite finish our Racks Christmas dinner last night with the family because I felt unusually full quite quickly. Then I felt that I needed to use the bathroom rather urgently. I did so, then hurried made my way home to the Sietch and had to use the bathroom a few more times. Ugh.
It don't think it was our dinner since no one else seems to be suffering ill effects, so it's just me. And I've been repeatedly going to the bathroom all day. It was a small miracle that I was still able to get through a yoga workout this morning since I've also been feeling rather lethargic and generally icky.
So annoying.
I've arrested the worst of the runs with some Diatabs but I'm still feeling quite off-kilter. My appetite is also shot and Tobie has had to force me to eat in order to keep up my strength. I'm at least feeling better now versus earlier in the day, but I'm still not at 100%. With luck, I should be okay by tomorrow with a bit more rest in me, but this has largely turned today's Christmas holiday into a bit of a waste with me mostly in bed nodding on and off. Not exactly how I had hoped to spend today, but at least my body got the rest it needed, I suppose.
Merry Christmas.
health holidays sietch life