0291E: Bringing Board Game Nights Back 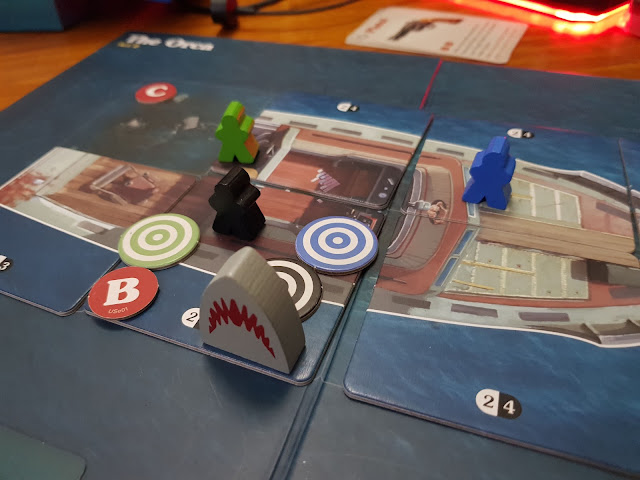 Metro Manila Community Quarantine - Day 274
When I suggested that we spend Saturday night playing a few board games, Tobie mentioned that it had been about a month since our last game session. I hadn't realized that so much time had passed, but then again we have been busy with other things.
Over the last month, I had certainly become more enamored with online hangouts with friends and playing things like Jackbox games. They have made for entertaining weekends with different groups of friends depending on who's available to join. But in exchange that has meant less board game time for the two of us, especially since my gaming itch was getting scratched by the online game nights.
So I definitely need to balance things out a little better since board games are a special activity between me and Tobie. Sure, these games would be a LOT more fun with friends involved, but that shouldn't be too big a barrier between the two of us enjoying some game time. It's not always easy, I'll admit. A lot of times playing against Tobie all the time can feel like choosing to run into a wall. He's really good at games and my competitive streak rears its nasty head and reminds me that I may have a bigger chance of winning with other players involved in things. But that's just silly reasoning. I do miss gaming with friends and our duo game nights are also reminders that we haven't been able to have our usual big game nights like before because of the pandemic.
So it was nice to play again last night, even if we only really played a few rounds of Walk the Dogs and one intense round of the most recent Jaws board game. But it was a step in the right direction and a way to get back on the gaming horse, as it were. And I'm writing this blog post as a promise to make more time for it moving forward, especially given all the new games we haven't had a chance to even try so far. The online activities really help us feel more connected with friends again in the absence of game nights and O Bar, but still doesn't mean we should entirely give up on quality gaming time for just me and Tobie.
gaming inner ramblings QuaranGeeking sietch life tabletop gaming Tobie