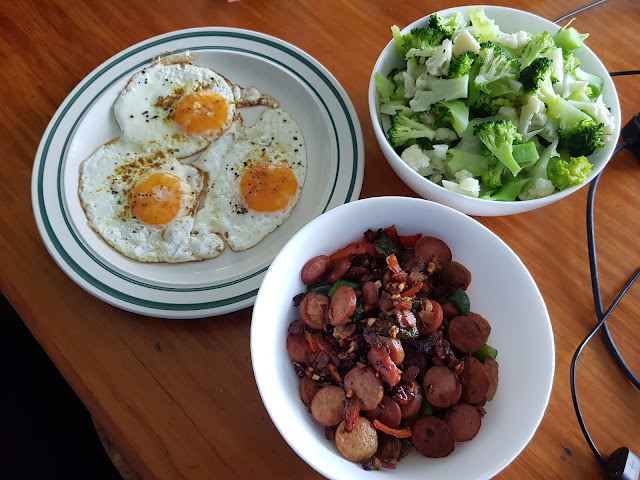 Metro Manila Community Quarantine - Day 270
In line with yesterday's reflections on the privacy of this blog, I also ran a Twitter poll to see what people thought about it. Some pointed out that I have been a bit glibber on Twitter at times and that account is public as of late, so that's another vector of risk. Whereas over here in privacy, most of my updates have been of a personal nature.
But have reminded myself of two things. First, Maria Ressa is facing another cyber libel case, and this one is just for posting a screenshot of an article. Sure, I'm not a popular journalist and I haven't done anything to overtly draw the ire of this administration and I will probably go unnoticed. Then again, who knows who they might decide to pick on, right? All it takes is for the wrong post to go viral and here I am with evidence that can be used against me on a blog domain that bears my name. Second, my most popular blog post on this site is one about political dynasties, so that's a little yikes, too.
So no final decision at this point. Maintaining the status quo for now.
Today an online friend (i.e. someone I only know via social media) messaged to say hi and that he had moved to BGC recently. He was asking if I wanted to meet up, to which I vaguely said sure, we could map something out. I explained that we hardly leave the Sietch but maybe we could wave hello to one another sometime, to which he replied that we could also get something to eat. But I balked and said that we weren't comfortable with eating out all that much, so maybe we could plan something else. The messages stopped around that point.
Tobie and I are still pretty wary about dining out and just staying outdoors. Air circulated by AC units in closed spaces seems to be a greater vector for COVID-19 these days and it feels like too much of a risk. But this friend does not count as someone we feel close enough to consider inviting over or anything like that. As much as we have started to risk the occasional friend visit, our default stance has been to avoid contact with others as much as possible.
So many other friends seem a lot more comfortable with dining out, limited travel and even gathering in larger groups, but that doesn't mean we have to feel obliged to do the same just yet. I keep saying that we all have different comfort levels when it comes to risks we're willing to take during this pandemic. But it does feel uncomfortable when you encounter evidence of that disparity in risk acceptance. We can't force other people to adopt the same practices as we are in the same way they can't force us. But it does leave one a lot to consider.
blogging health inner ramblings QuaranGeeking social networking stop the presses