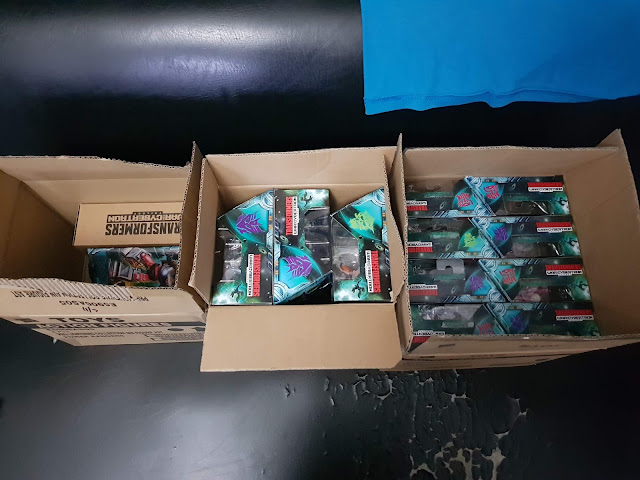 November is almost over and I hate the fact that I'm over budget this month. It's understandable given how several batches of Transformers releases that would normally trickle out across the year came out all at once instead and spiked my spending. Plus throw in things like the increasing number of sales this quarter as we're in the peak retail season and spending is naturally higher.

I'm still happy with all my purchases, don't get me wrong. These are things that I do want to have in order to complete my collection. But then it just means that my YNAB fiscal responsibility goals aren't quite hit for this period, but I should recover fairly quickly this December once my 13th-month pay hits. Let's just say that I've had to earmark some of that incoming funding to toys ahead of time.

It's also the Steam Autumn Sale this weekend and I'm just glad that it will run until December 1 so I can force some of my spendings to December and avoid adding additional load to November. This is all budget nonsense that won't change the fact that I will spend the money eventually, but sticking to YNAB has made me more conscious of what the numbers look like in black and white.

And it's easier to manage finances on paper than deal with everything else in this crazy life that is 2020.