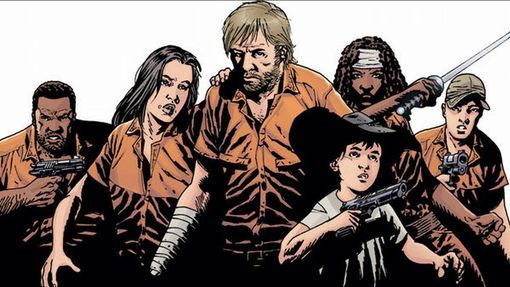 Metro Manila Community Quarantine - Day 256
In October, I committed to finally get started on The Walking Dead comics. And it's not because I particularly liked the show or zombie stories - but it was one of my first big comiXology purchases and has been sitting in my digital collection for some time now. And I have a number of comiXology purchases like this triggered by different sales. On the plus side, it means that I have legally secured many different comic books to explore. On the negative side, it means I am adding to my combined physical and digital reading queue.
Now the comic has turned out to be pretty impressive - way tighter writing than what we got with the TV show. Sure, it covered a lot of the same stories from the comics, but the pacing is so much better in the comics and the character development tighter. And the only true certainty of the series is that anyone can die at any moment.
I'm over 140 issues in and just discovered that the comic has officially come to an end. I still have a fair amount of issues to go before I personally get there, but it won't be long now. And I can certainly appreciate the power of a series that is working its way towards an ending. Sure, we want all stories to go on for as long as possible. The best stories are truly amazing because they end.
On a related note, I've committed myself to read another lengthy comic book run because of another big sale. This new one is the Johnathan Hickman run for the different X-titles on the Marvel side of the fence, starting with the House of X/Powers of X comics. The rest of the titles have been collected as an over-arching Dawn of X series of trade paperbacks that jump across the different titles as opposed to collecting each contributing title on its own. I've started reading alongside my Walking Dead efforts and I am very intrigued indeed.
So many good comic books to explore.
books comics QuaranGeeking