028FA: Back from the #InfiniteDisco 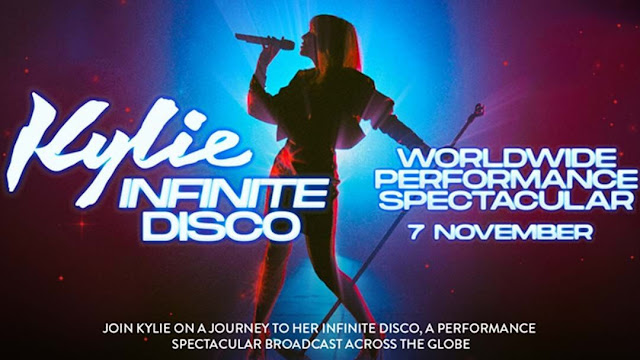 Metro Manila Community Quarantine - Day 238
Despite being a little physically weary (read: hungover) from last night's fun Baduy Pride episode and obligatory post-episode hangout with Anak Nico, today has been pretty great. We slept in, enjoyed some lazy cuddling before getting up and I still managed to get through a pretty intense workout despite the alcohol in my system.
But the main highlight of today was Kylie Minogue's Infinite Disco live stream event. I was a little worried at first how this online event was going to go. We knew it was going to be a pre-recorded video that would just be streamed live at a particular schedule, so there wouldn't be any interaction with Kylie. But we were still hoping (expecting) it to be different from like the recordings of stage plays and musicals that had been broadcast on sites like Youtube or the Facebook Live or Zoom performances for things like DSM and Deadflies.
But Kylie is Kylie is Kylie. And we were not prepared for the special celebration she had put together.
The Infinite Disco was...amazing. Sure, you could argue that it was just Kylie performing in a particular space. But it was also much more than that given they had created a unique set with so many creative lighting sources including a massive LED floor. It was a show that was truly conceived as an online experience that could take better advantage of multiple camera angles showing the different dances or transformations of the floor itself.
And it wasn't just focused on her new DISCO album. If anything it was a celebration of her disco music and included some new mixes of classic songs blended into the new Disco tapestry that she had formed with this album. It was like a party inside a disco ball, and this Inifinite Disco is the sort of magical place we all want to escape to given everything else going on in the world this year. It wasn't quite like a traditional concert, and rightfully so. It was a digital experience that did its best to still feel like a special concert-style experience all from the comfort of everyone's homes, where it's still the safest place to be at.
Thank you Kylie Minogue. Your music continues to uplift and inspire us. We are lovers who love you and appreciate how you have always made us believe in magic. And I can't wait to dance to your music at O Bar again once it's safe enough for them to re-open.
all the world's a stage moving pictures O Bar QuaranGeeking television